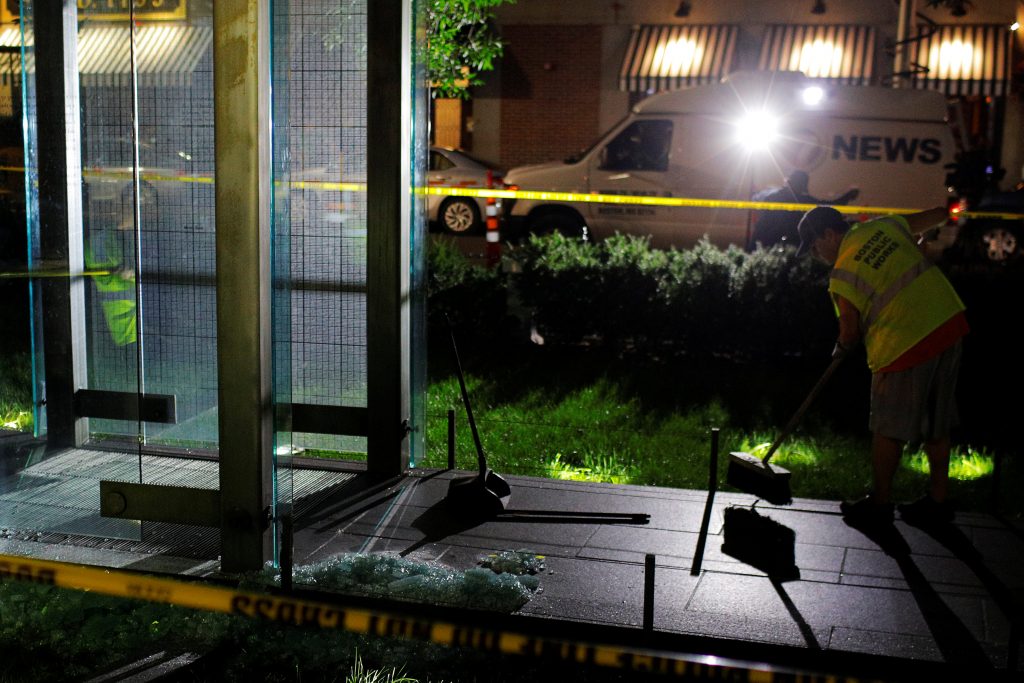 The New England Holocaust Memorial in downtown Boston was vandalized Monday night by a 17-year-old who was immediately tackled by bystanders and held until police arrived, police said.

The teen hurled a rock through a glass panel etched with numbers, representing those tattooed on the arms of the Jews and others in the concentration camps operated by Nazi Germany, police said. The panels are affixed to six glass towers, each 54 feet high.

It was the second act of vandalism in fewer than three months at the site, located in Carmen Park near historic Faneuil Hall. The suspect in Monday’s incident was charged with willful destruction of property.

Boston police department’s civil rights unit is investigating whether the act was a hate crime but didn’t shy away from acknowledging the timing of the act and its possible relation to the past weekend’s violence in Charlottesville, Virginia.

“Clearly, this type of behavior will not be tolerated in our city,” Boston Police Commissioner Williams Evans said in a statement. “And, in light of the recent events and unrest in Charlottesville, it’s sad to see a young person choose to engage in such senseless and shameful behavior.”

Boston Mayor Martin J. Walsh took to Twitter to express his disappointment, saying he was saddened to see “such a despicable action in this great city.”

In June, James Isaac, 21, of Roxbury Massachusetts, was accused of shattering a glass panel of the same memorial. Isaac has pleaded not guilty to vandalism charges. The repairs for that incident were finished in July. Later in July, a group of vandals allegedly toppled over six headstones in a historic Jewish cemetery in Melrose, a Boston suburb.

The memorial opened in 1995 and had not been vandalized until June.

“The images of Nazis marching in the streets of America over the weekend in Charlottesville and now shattered glass once again at this sacred space in Boston are an affront to our Jewish community and to all those who stand up against bigotry, hatred and anti-Semitism,” the statement said.