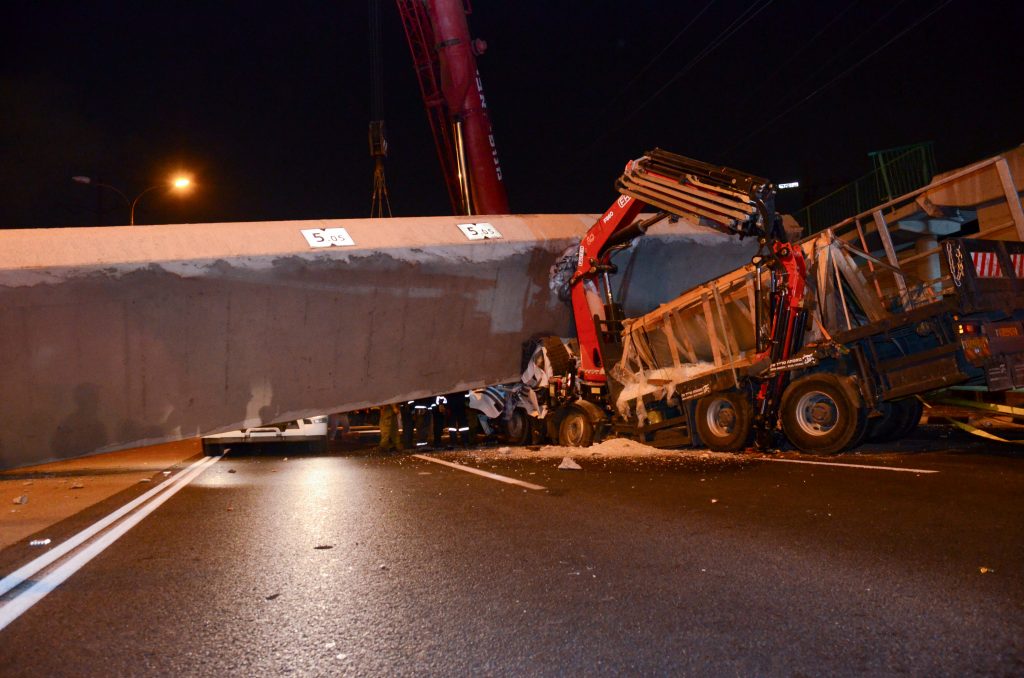 Netivei Yisrael, which supervises bridge safety in Israel, said on Tuesday that it will order the height of pedestrian bridges raised to twelve feet, in order to avoid another deadly collision like the one that occurred on Highway 4 outside Bnei Brak on Monday night, Arutz Sheva reported.

The bridge was brought down when a truck traveling with its crane at a height above the legal limit crashed into the structure. If the collision had involved a traffic bridge it would not have collapsed due to the difference in weight and construction methods, Arutz Sheva said.

Netivei Yisrael also rejected charges made in the aftermath of the tragedy that the bridge, along with many others in Israel, had not undergone regular inspection. The company said that the bridge, known as the Coca-Cola Bridge, had been given a grade of 95 in a recent report.

In a statement, Netivei Yisrael said that the bridge “last April had undergone a thorough inspection. Contrary to rumors, there were no cracks in the bridge.”