Israel OPINION: Is Trump’s Middle East Peace Effort Over Before It Started?
Israel 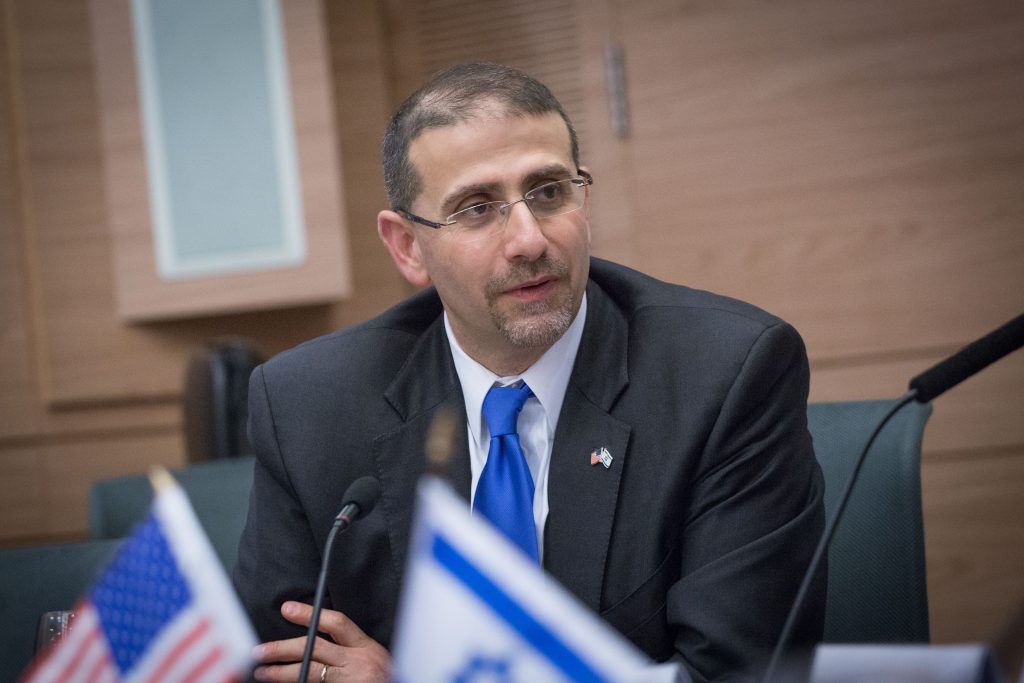 President Donald Trump is sending his Middle East team, Jared Kushner and Jason Greenblatt, back to the region this month to try to energize peace talks. But they are about to confront some hard truths about their Israeli-Palestinian peace effort. Perhaps earlier than expected, it has become clear in recent days that whatever faint hopes there were of a breakthrough, or even renewed talks, are beyond reach for now.

What gives rise to this conclusion is a sober-eyed assessment of the political circumstances of the three critical players: Israeli Prime Minister Benjamin Netanyahu, Palestinian President Mahmoud Abbas, and President Trump himself. All three of them face dramatic challenges that make any serious movement impossible.

PM Netanyahu is fighting for his political life. Under investigation by the Israeli police on multiple allegations of corruption, he has turned to his right-wing political base for succor. At a rally with supporters in Tel Aviv last week, he charged that the investigations were an attempt of the media and “the left” to overthrow his government in a “coup,” and replace it with one that would make deep concessions to the Palestinians. Having adopted this strategy, and with the investigations likely to play out for many more months, he has no room to take risks in renewed peace talks.

In the past, Israeli rightists feared that other prime ministers facing corruption charges would make concessions to the Palestinians to win over critics. “The extent of the investigation is the extent of the withdrawal,” went the refrain during the terms of Ariel Sharon and Ehud Olmert. But if anything, the opposite may now be the case. In the wake of PM Netanyahu’s decision to remove magnetometers he had deployed at the Temple Mount as a security measure after terrorists murdered two Israeli police officers, a move some his supporters called a capitulation, he threw numerous chunks of red meat to his base: endorsing an expansion of Greater Jerusalem to take in settlements in Yehudah and Shomron, calling for the death penalty for terrorists, threatening to close Al Jazeera’s Israel office, supporting the swap of Arab towns in Israel for annexed areas of Yehudah and Shomron, and backing a settler takeover of a house in Hebron.

Abbas, for his part, is less flexible than ever. Nearing the end of his political life, the 82-year-old leader is in an escalating battle for legitimacy with Hamas and his bitter rival in his own Fatah party, Mohammed Dahlan, who are now joining forces in Gaza. Already mistrustful and passive, he temporarily suspended security cooperation with Israel during the Temple Mount disturbances, rather than speaking out clearly against the terrorist violence, and then failed to condemn the murder by a Palestinian of an Israeli family at their Sabbath dinner in a settlement. After positive initial encounters with President Trump and his Middle East negotiators, he and his advisers are sending near-daily signals that they now view the Trump administration as fully in Israel’s corner, with his negotiator, Saeb Erekat, charging that unstinting U.S. support for Israel will “destroy the two-state solution.” Add PM Netanyahu’s investigations and political challenges to the mix, and Abbas has the perfect cocktail of excuses to do nothing.

As for Mr. Trump, he is beset by far more pressing issues. North Korea is a bona fide crisis, which, if anything, he has escalated with his own rhetoric. Major decisions await on the Iran nuclear deal. He is fighting big battles with Congress over health care and tax reform. The State Department remains woefully understaffed, and Secretary of State Rex Tillerson is completely absent from the Israeli-Palestinian arena. Some of Mr. Trump’s strongest supporters are at war against his national security advisor, Gen. H.R. McMaster, shopping the canard that he is unfriendly to Israel. Mr. Trump’s failure to muster an appropriate condemnation of a white supremacist neo-Nazi march in Charlottesville, Virginia has shaken confidence in him even from Republican members of Congress. And Special Counsel Robert Mueller is digging into allegations that the Trump campaign colluded to aid Russia’s interference in the 2016 election (and G-d knows what else), posing a genuine threat to his presidency.

Does anyone think these three leaders are in any position to be bold, creative, visionary, and generous? The hopes that the positive early dynamics between Mr. Trump and the two leaders gave him leverage to produce some kind of progress, have yielded in record time to these harsh realities.

What to do? President Trump and his team have essentially three options:

– First, keep up the usual diplomatic dance: visits, shuttle talks, speaking about achieving the “ultimate deal,” and capitalizing on the alignment of Israeli and Sunni Arab states’ interests to achieve a regional political opening. The problem? No one buys it. Such efforts, even well-intentioned, will soon look phony and worn, like they are just buying time.

– Second, walk away. Mr. Trump could argue that there is nothing to be done, that the United States has more urgent business to attend to, that circumstances are not favorable for renewed talks. He and his team would likely put more blame on the Palestinians, even if they know that both sides are tied up in knots. This approach might be the most honest. It also might kill the two-state solution once and for all.

– Third, refocus their work on taking steps to manage the conflict and keep a two-state solution alive for when better leadership circumstances emerge in the future: PM Netanyahu after his investigations conclude, or once there is a new Israeli coalition; a successor in Ramallah who wants to demonstrate that he can achieve for the Palestinian people what Abbas could not. That means continuing to invest in long-term international efforts on the ground to build Palestinian institutions; strengthening the Palestinian economy, including by investing in the emerging Palestinian hi-tech sector; protecting Israeli-Palestinian security cooperation from political shocks; working with Egypt, Qatar, and others to pressure Hamas to prevent another Gaza war while addressing humanitarian needs; and quietly nurturing expanded ties between Israel and Arab states, without expecting major public breakthroughs.

Can this strategy succeed? Maybe. But pressures will build: renewed Palestinian violence, West Bank settlement expansion, donor fatigue. Mr. Trump will find it boring compared to crises or breakthroughs. If it is understood as giving up on a two-state solution, it will fail: part of successfully managing this conflict has always included maintaining a commitment to try to solve it.

But there is really no alternative. Frankly, it is an opportunity to focus on the possible, in hopes of preserving the desirable for later. If Mr. Trump holds out for an ultimate deal, or, alternatively, walks away, we will look up in three and a half years and know that the two-state solution is over.

Shapiro is a distinguished visiting fellow at the Institute of National Security Studies. He served as U.S. ambassador to Israel during the Obama administration.