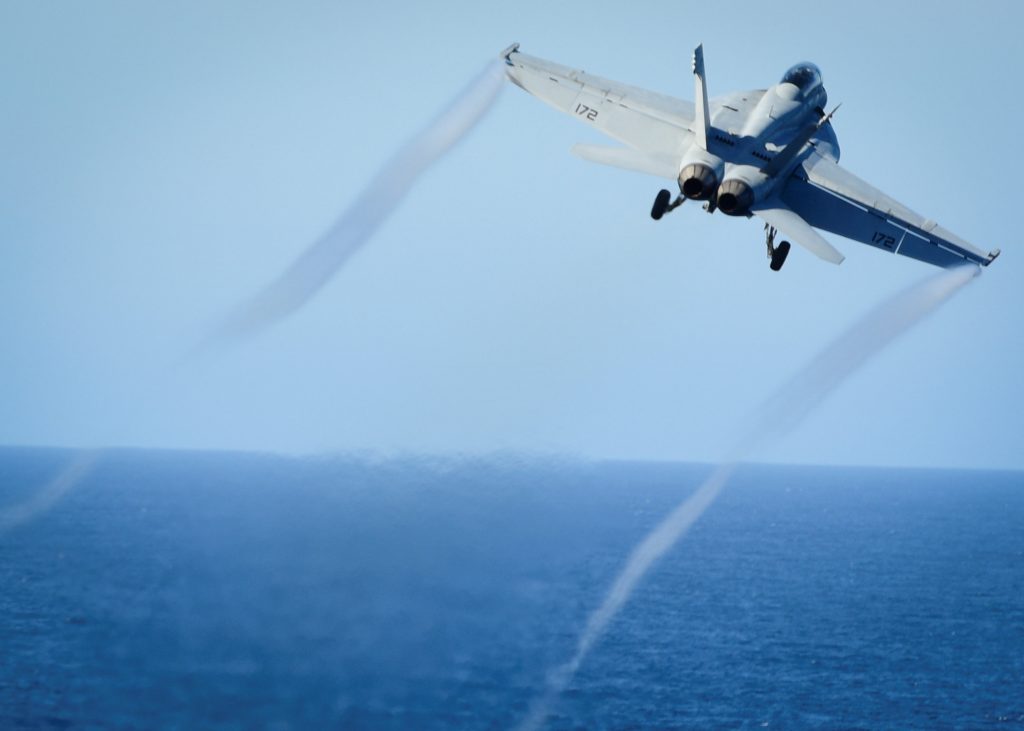 Iran’s powerful Islamic Revolutionary Guards Corps (IRGC) rejected U.S. criticism that it flew a drone unsafely near a U.S. aircraft carrier in the Gulf and it defended its right to carry out air patrol missions in the area.

On Monday the U.S. Naval Forces Central Command said that an Iranian drone had come within 1,000 feet of a U.S. aircraft carrier while it was in international waters in the Gulf conducting flight operations.

Spokesman Lieut. Ian McConnaughey said the Iranian drone “conducted an unsafe and unprofessional approach” as it passed by the USS Nimitz without navigation lights late on Sunday.

Iran’s IRGC said in a statement published on Tasnim news agency late on Monday that “it carries out air patrol missions in Iran’s air defense identification zone (ADIZ) every day and in accordance with current regulations.”

“The Revolutionary Guards drones are equipped with standard navigation systems and are controlled professionally,” it added.

The IRGC accused the United States of not having “capable identification and reconnaissance systems.”

U.S. officials have complained of numerous unsafe and unprofessional interactions between the United States and Iranian maritime forces this year.

Last Tuesday, a U.S. official said an Iranian drone had approached a U.S. fighter jet as it prepared to land on the aircraft carrier. The official said at the time that it was the 13th such incident in 2017.

The administration of President Donald Trump has recently struck a hard line on Iran, saying Tehran was violating the spirit of an accord struck by the Obama administration that lifted sanctions and sought to curb Iran’s nuclear aspirations.