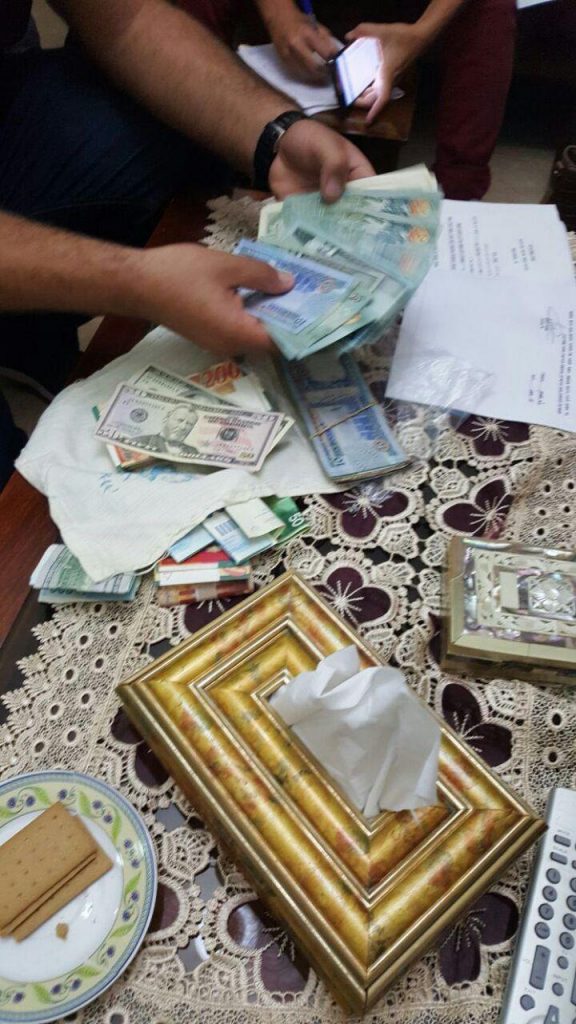 In a joint effort, Shin Bet, IDF and police forces have in recent weeks unveiled several underground channels that Hamas has been using to fund terrorism, officials said Tuesday. The channels for ‘terror payments’ are managed by Hamas terrorists who live in Gaza, who provided an economic cushion for terrorists by providing their families with bonuses and stipends.

In two cases in recent weeks, officials have seized cash, vehicles and other items worth NIS 130,000, and NIS 130,000 from families in Arab neighborhoods of Yerushalayim.

Among the families targeted was that of Hassan Mahaney, a resident of the Beit Hanina neighborhood of Yerushalayim, one of two terrorists who carried out a stabbing attack in October 2015 in Pisgat Ze’ev. Two Israelis were critically wounded in that attack. Also targeted was the family of Tarak Abu-Arfa, who live in the Ras al-Amud neighborhood. Abu-Arfa was involved in the 1994 kidnap-murder of IDF soldier Nachshon Wachsman, Hy”d. In both cases, Hamas paid the families large sums of money as “bonuses” for the terror attacks carried out by their children.

The IDF has been actively seizing money provided by Hamas and the Palestinian Authority to families of terrorists in recent weeks. Last month, soldiers seized cash and goods that were provided by Hamas to the family of the terrorist who murdered Israeli police officer Baruch Mizrachi, 46, on Erev Pesach 2014. He was killed in a shooting attack in the Har Chevron area as he was driving with his wife and children to a Pesach Seder.

In a raid earlier this month, thousands of shekels and several vehicles were removed from the home of the family of one of the terrorists who murdered three people in Gush Etzion in November 2015. Among the victims were Rabbi Yaakov Don, Hy”d, of Alon Shvut, and Ezra Schwartz, Hy”d, a yeshivah student from Sharon, Massachusetts.