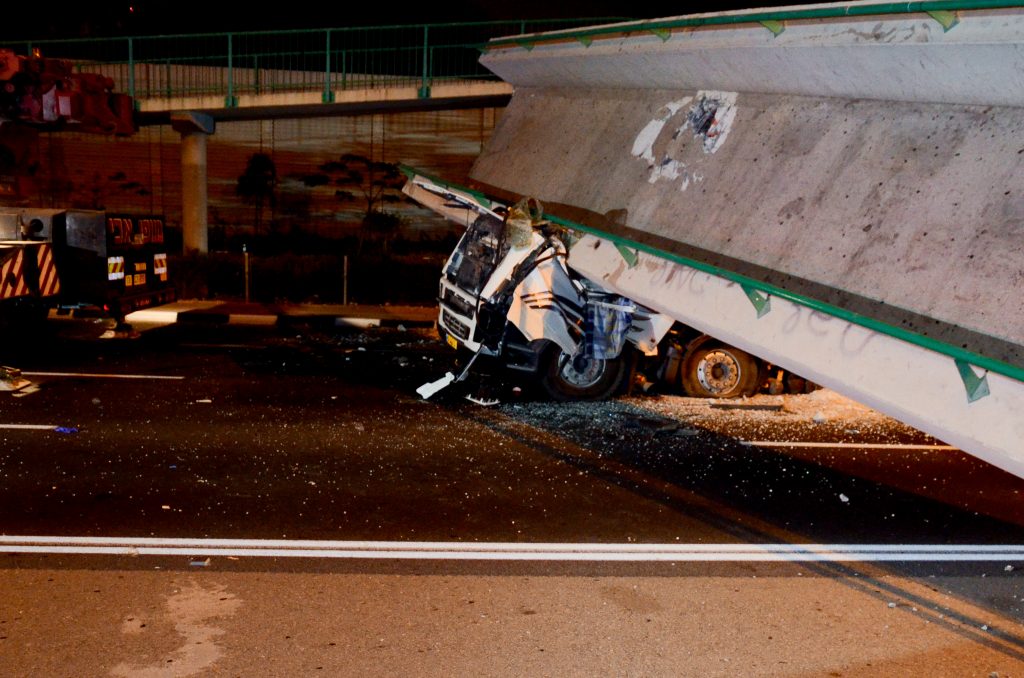 In the wake of Monday’s collapse of a pedestrian bridge near Bnei Brak, experts are calling for a thorough inspection of all bridges — inspections that, in some cases, may not have taken place for years. “I am quite sure that in the 40 years the bridge that collapsed has been in use, it was never checked for safety,” according to Yisrael Godovich, former chief engineer for Tel Aviv.

Speaking to the NRG news site, Godovich said that the bridge over Road 4 which connects Bnei Brak and Givat Shmuel “is under the responsibility of numerous groups, including the Transportation Ministry and others, and it is possible that none of them did safety checks on the bridge, each relying on the safety checks they assumed others were making. This may be the case for all the bridges in the Tel Aviv area. There is an attitude that bridges that are standing don’t need inspection — only buildings need inspection.”

The “Coca Cola” bridge, as the structure is known due to its proximity to Bnei Brak’s Coca Cola bottling plant, collapsed after a truck with a raised crane rammed into it. According to investigators, the truck, which was traveling at high speed, had the crane raised illegally. The driver of the truck was killed when the bridge collapsed onto the truck, and it is not clear if he was aware that the crane was raised. The collapse instantly created a massive traffic jam, shutting down traffic in both directions on one of the Tel Aviv area’s main transportation arteries. Officials cleared the road overnight Monday, opening up the crucial artery for Monday’s commuter rush.

The driver tragically killed in the bridge collapse was identified as Eli Chai Tederi, 58, from Holon.

Earlier reports had given the death toll as two, but were dismissed as inaccurate after rescue forces finally managed to reach the driver.

In 2010, then-State Comptroller Micha Lindenstrauss highlighted the lack of bridge inspections. The report said that “there is no single office — not the Transportation Ministry, the Housing Ministry, the National Infrastructures Ministry, or the Economy Ministry — that has taken upon itself to create standards or procedures to inspect bridges, and whether they are sound from an engineering perspective. None of the ministries was willing to take on this responsibility, and neither are the local authorities in whose jurisdiction the bridges are located.” A follow-up study three years later showed that little had changed, NRG said.

In a statement, the Netivei Yisrael company, which is responsible for Road 4, said that the bridge “last April had undergone a thorough inspection. Contrary to rumors, there were no cracks in the bridge.” The company attributed the collapse to the impact of the metal crane with the concrete bridge, which would bring down such a structure.