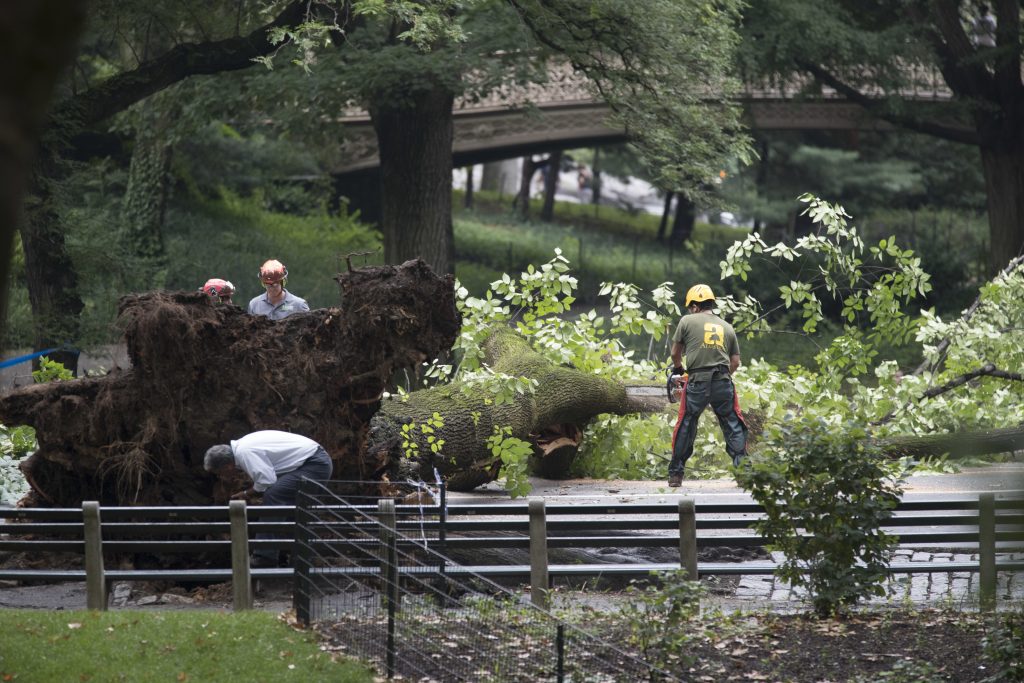 The Fire Department of New York says an adult and three children have been taken to a hospital after a tree fell in Central Park. The injuries are not life-threatening.

A witness told WABC that a woman briefly lost consciousness and people tried to lift branches off her. The witness said the woman was with two children in a stroller and one in a carrier.