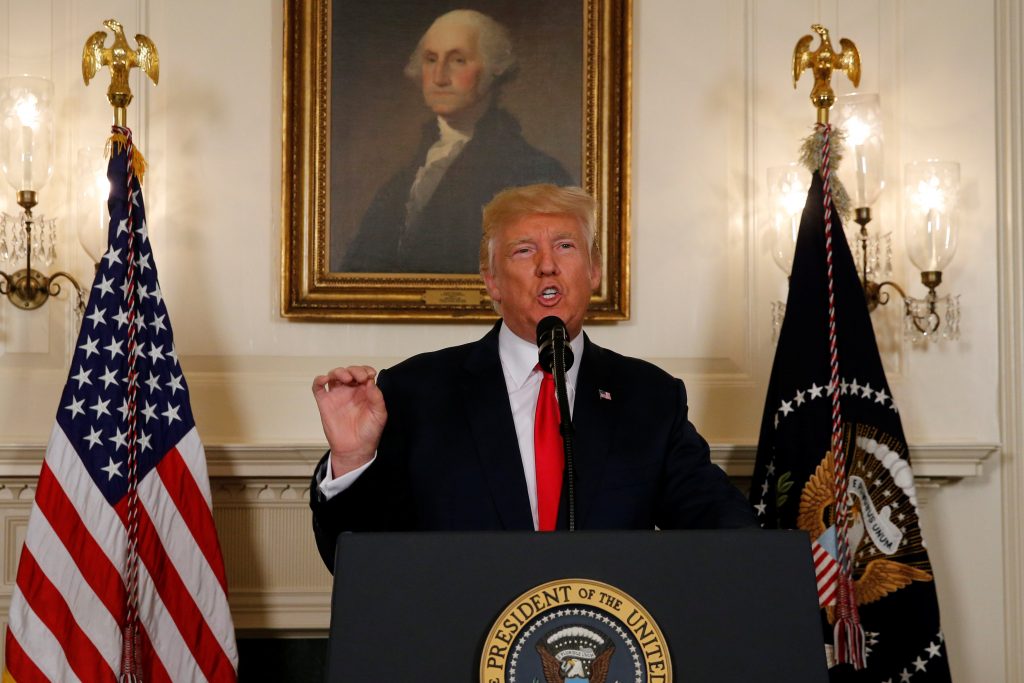 President Donald Trump denounced white supremacists including neo-Nazis and the Ku Klux Klan on Monday, and said racism, hatred and bigotry had no place in America following a violent white-nationalist rally in Virginia.

Trump had been assailed by Republicans and Democrats alike for failing to respond more forcefully to Saturday’s violence in Charlottesville, in which a woman was killed when a man crashed his car into a group of counter-protesters.

“Racism is evil and those who cause violence in its name are criminals and thugs, including the KKK, neo-Nazis, white supremacists and other hate groups that are repugnant to everything we hold dear as Americans,” Trump said in a statement to reporters at the White House.

Critics said Trump had waited too long to address the bloodshed, and slammed him for stating initially that “many sides” were involved, rather than explicitly condemning white supremacists widely seen as sparking the melee.

A 20-year-old man said to have harbored Nazi sympathies as a teenager was facing charges he plowed his car into protesters opposing the white nationalists, killing Heather Heyer and injuring 19 people. The accused, James Alex Fields, was denied bail at an initial court hearing on Monday.

In a strong rebuke to the president, the chief executive of one of the world’s largest pharmaceutical companies, Merck & Co Inc, resigned from a business panel led by Trump, citing a need for leadership countering bigotry.

CEO Kenneth Frazier, who is black, did not name Trump or criticize him directly in a statement posted on the drug company’s Twitter account, but the rebuke was implicit.