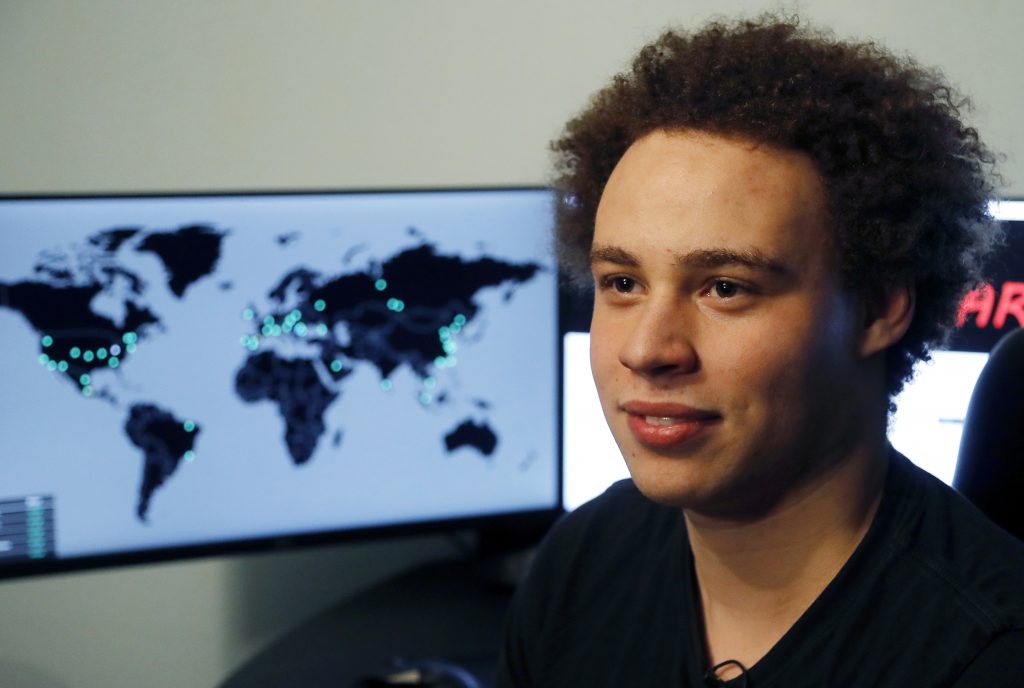 Marcus Hutchins entered his plea in Wisconsin federal court, where& prosecutors charged& him and an unnamed co-defendant with conspiring to commit computer fraud in the state and elsewhere. Authorities arrested the 23-year-old man on Aug. 2 at McCarran International Airport in Las Vegas, where he was going to board a flight to his home in Ilfracombe, England. He had been in Las Vegas for a cybersecurity convention.

Hutchins is free on $30,000 bail, but with strict conditions. His bond has been modified so that he can stay in Los Angeles near his attorney and travel anywhere in the U.S., but Hutchins is not allowed to leave the country. He is currently staying at a hotel in Milwaukee.

He was also granted access to use a computer for work, a change from an earlier judge’s order barring him from using any device with access to the internet. Hutchins’ current work wasn’t detailed at Monday’s hearing. The next hearing in the case was set for Oct. 17.

The legal troubles Hutchins faces are a dramatic turnaround from the status of& cybercrime-fighting hero& he enjoyed four months ago when he found a “kill switch” to slow the outbreak of the WannaCry virus. It crippled computers worldwide, encrypting files and making them inaccessible unless people paid a ransom ranging from $300 to $600.

Prosecutors allege that before Hutchins won acclaim, he created and distributed a malicious software called Kronos to steal banking passwords from unsuspecting computer users. In addition to computer fraud, the indictment lists five other charges, including attempting to intercept electronic communications and trying to access a computer without authorization.

The indictment says the crimes happened between July 2014 and July 2015, but the court document doesn’t offer any details about the number of victims. Prosecutors have not said why the case was filed in Wisconsin. The name of Hutchins’ co-defendant is redacted from the indictment.

Hutchins faces decades in prison if convicted on all the charges.