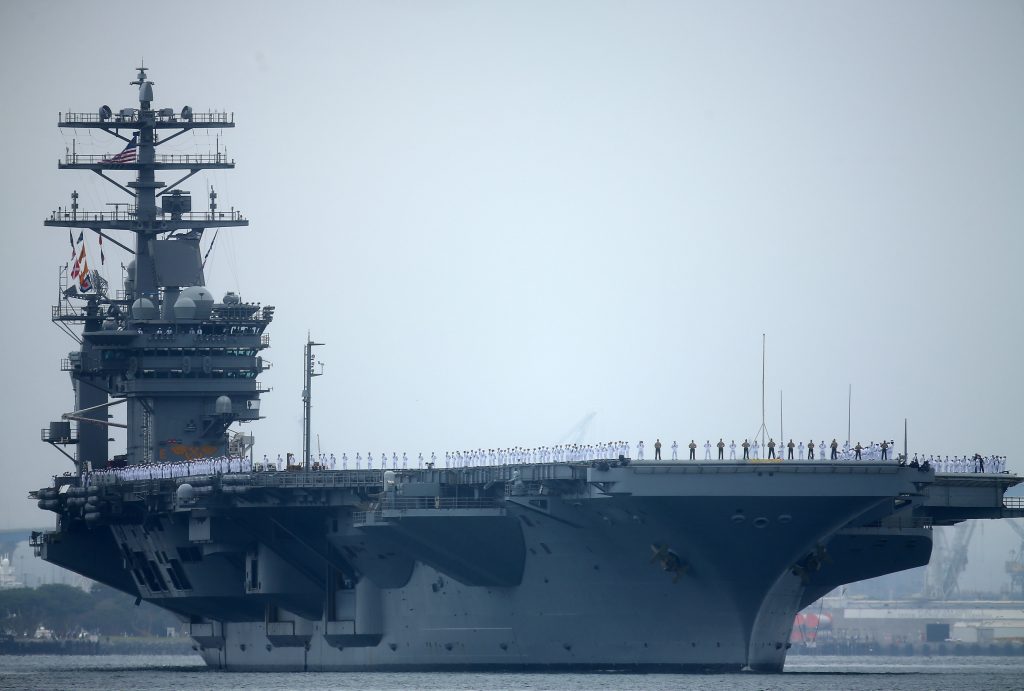 An Iranian drone made several passes by the aircraft carrier USS Nimitz in the Persian Gulf on Sunday, the second such incident in a week and described by the Navy as unsafe, unprofessional and dangerous.

The unmanned aerial vehicle made the passes by the Nimitz while the aircraft carrier was in international waters and carrying out operations with jets on its flight deck, said Navy Lt. Ian M. McConnaughey, a service spokesman in the Middle East. The drone, an Iranian QOM-1, moved in despite the Navy making repeated radio calls to establish communications, and it came within 1,000 feet of U.S. aircraft, he said.

“The failure of the Iranian UAV to utilize standard, internationally-mandated navigation lights during a nighttime approach of a U.S. aircraft carrier engaged in flight operations created a dangerous situation with the potential for collision, and is not in keeping with international maritime customs and laws,” McConnaughey said in a statement.

The incident came five days after another QOM-1 drone came within 100 feet of an F/A-18E Super Hornet flying off the Nimitz. In that incident, the drone nearly collided with the Navy jet while it was in a holding pattern and preparing to land on the Nimitz, the Pentagon said. The Super Hornet maneuvered out of the way, creating lateral separation of about 200 feet and vertical separation of about 100.

The drone is called a Sadegh-1 by the Iranians and was unveiled in 2014. It can carry up to two missiles, but U.S. military officials said the aircraft was unarmed in the first incident last week. The Pentagon did not immediately disclose whether the drone was unarmed again Sunday.

McConnaughey said Monday that there have been 14 incidents between U.S. and Iranian aircraft this year in which the U.S. military labeled something the Iranians did as unsafe and unprofessional. But the QOM-1 drones have only become a problem recently, officials said.

“While the use of UAVs has become more prevalent in the region, these two occurrences are the only UAV-related unsafe and unprofessional interactions that we are tracking,” McConnaughey said.

There also have been several altercations between the United States and Iran at sea. Most recently, a Navy patrol boat, the USS Thunderbolt, opened fired in July with two machine-gun bursts near an Iranian Revolutionary Guard vessel as it made a quick approach in the Persian Gulf, Pentagon officials said. The Iranian craft got within 150 yards of the Thunderbolt.