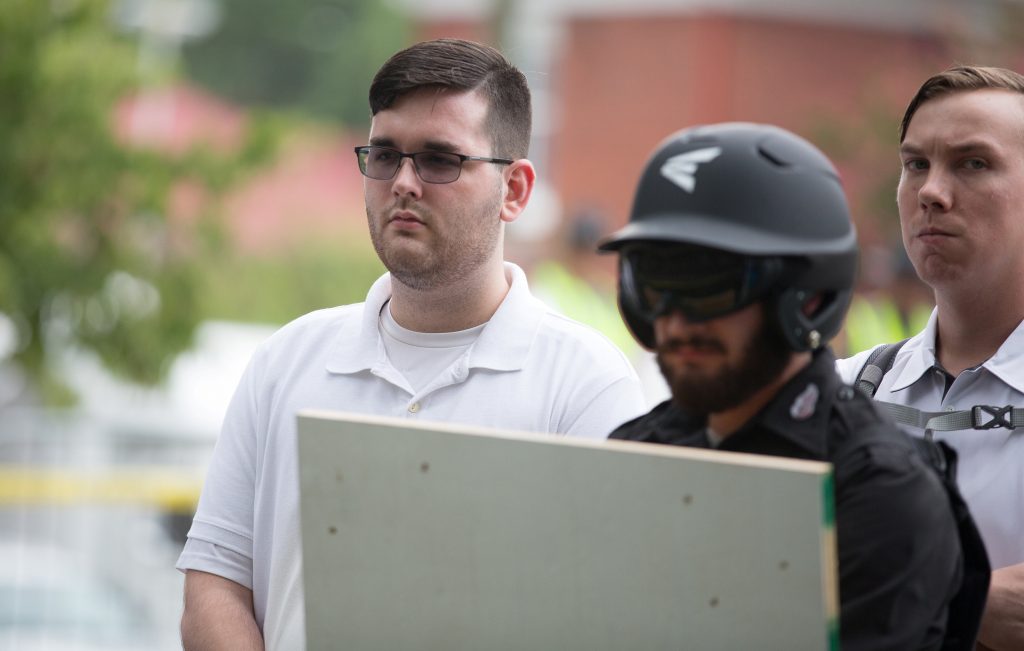 A man said to have harbored Nazi sympathies as a teenager before a failed bid to join the U.S. Army was due in court on Monday to face charges he plowed his car into protesters opposing a white nationalist rally in Virginia, killing a woman and injuring 19.

The bail hearing for James Alex Fields, 20, arrested on suspicion of murder, malicious wounding and hit-and-run charges, was set to unfold in Charlottesville as the U.S. Justice Department pressed its own federal hate-crime investigation of the incident. He was charged with one count of second degree murder, three counts of malicious wounding and one count of failing to stop at an accident that resulted in a death.

Authorities said Heather Heyer, 32, was killed when Fields’ car slammed into a crowd of anti-racism activists confronting neo-Nazis and Ku Klux Klan (KKK) sympathizers, capping a day of bloody street brawls between the two sides in the Virginia college town on Saturday.

More than 30 people were injured in separate incidents, and two state police officers died in the crash of their helicopter after assisting in efforts to quell the unrest. The fatal disturbances began with white nationalists converging to protest against plans to remove a statue of Confederate General Robert E. Lee, the commander of Rebel forces during the Civil War.

Virginia police at the weekend offered no motive for the man accused of ramming his car into the crowd.

Derek Weimer, a history teacher at Fields’ high school in Kentucky, told Cincinnat’s WCPO-TV that he remembered Fields harboring “some very radical views on race” as a student and was “very infatuated with the Nazis, with Adolf Hitler.”

Weimer also recounted Fields being “gung-ho” about joining the army when he graduated.

The army confirmed that Fields reported for basic military training in August 2015 but was “released from active duty due to a failure to meet training standards in December of 2015.”

The army statement did not explain how he had failed to meet training standards.

Fields was being held on suspicion of second-degree murder, three counts of malicious wounding and a single count of leaving the scene of a fatal accident, authorities said.