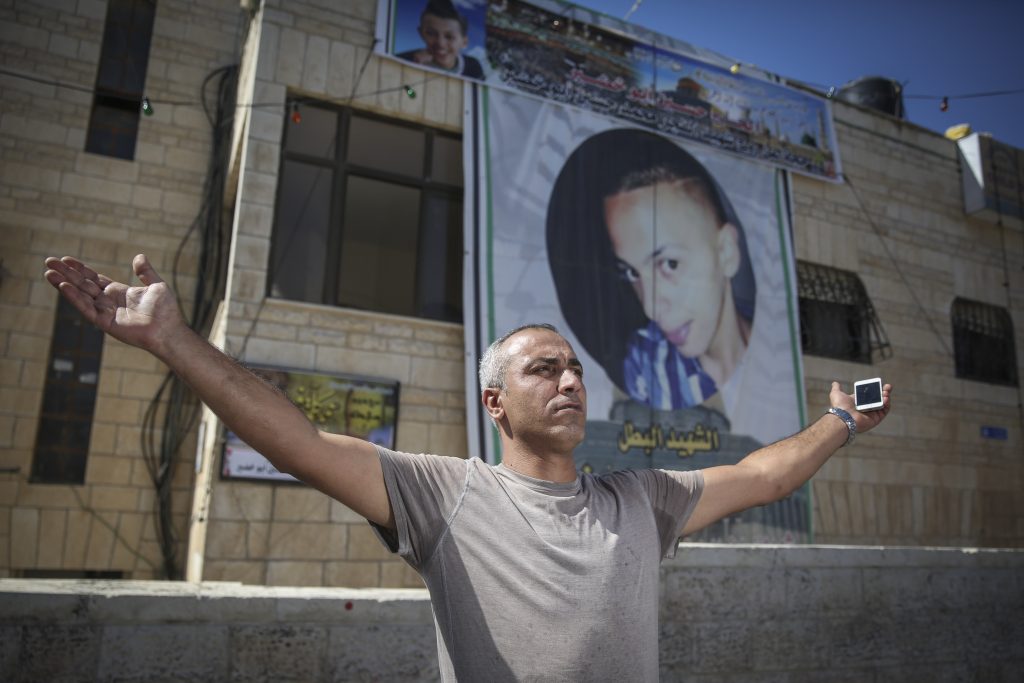 Yerushalayim prosecutors filed an indictment against Abu-Khdeir for a series of terror-related crimes, conspiracy to commit murder, illegal weapons possession and for being a member of the Popular Front terror group. Abu-Khdeir is a resident of the Shuafat neighborhood of Yerushalayim. He was arrested along with two other Shuafat residents.

The group met several times beginning in March, according to the indictment, and began planning attacks. Among other things, the gang planned to shoot at Israeli vehicles in the Shechem area, and to plant firebombs along the road that would be detonated when an Israeli vehicle passed. All along, they participated in numerous riots and rock throwing attacks against Israeli security forces.

This is not the first attempt by Abu-Khdeir to carry out a terror attack. He has been convicted three times of terror-related offenses, and has already spent a year and a half in Israeli prisons.

The attack was to be in revenge for the death of Mohammed Abu-Khdeir in 2014. Two Israeli teens and one adult were convicted of his murder, after they were charged with kidnapping and murder in the case that shocked the country, seen by many as a expression of anger over the murder of three Israeli teens whose kidnapping and murder was a catalyst of Operation Protective Edge in 2014.

The kidnapping and murder of the 16-year-old Abu-Khdeir occurred early on the morning of July 2, 2014, a day after the burial of the three Israeli teens who had been kidnapped weeks before by Hamas terrorists — Naftali Frenkel (16), Gilad Sha’ar (16) and Eyal Yifrah (19), Hy”d.

The murders raised the ire of Israelis of all backgrounds and, along with the incessant firing of rockets on Israeli communities in the Negev, was a contributing factor in the Israeli decision to fight Hamas again in Operation Protective Edge, which began on July 8. Abu-Khdeir’s body was found bound and burned in a Jerusalem area forest. By July 6, police had in custody three suspects, who all confessed to the crime after several sessions of questioning.