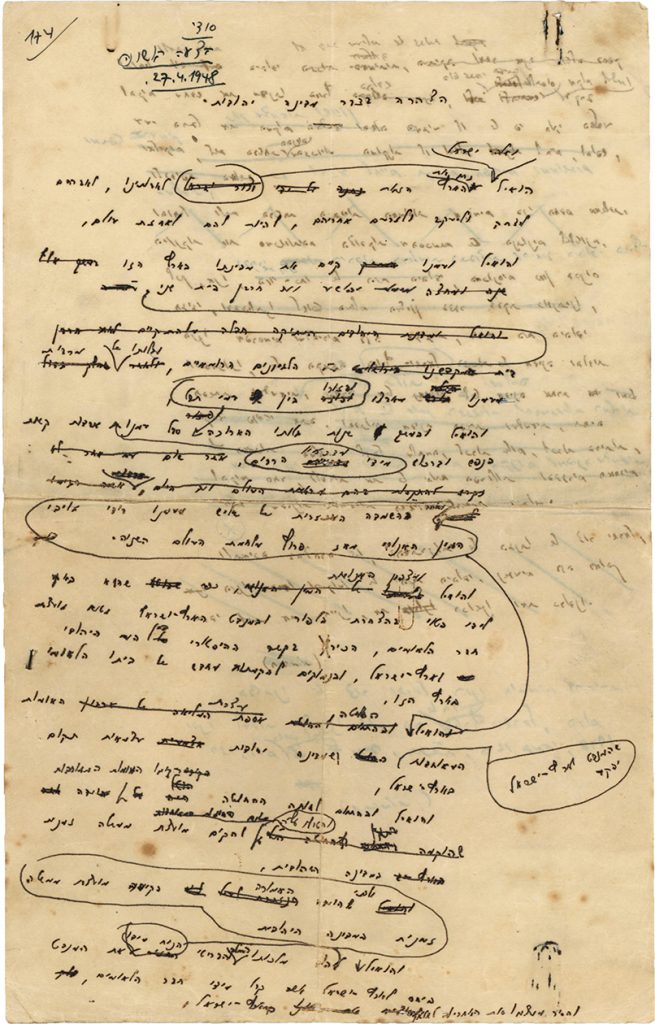 An Israeli court has ruled that it is legal to trade in drafts of the country’s Declaration of Independence, the latest stage in a two-year legal battle over the right to buy and sell them, Haaretz reported on Monday.

The documents, privately owned by sons of attorney Mordechai Beham, who was given the job of composing the historic statement on the eve of the establishment of state of Israel in 1948, were put up for auction in 2015.

However, state attorneys stepped in to stop the Kedem auction house in Yerushalayim from offering them for sale, claiming that they belonged to the state, not Beham’s inheritors, since he wrote them in the course of his work as an employee of the government-to-be. They argued that the papers belonged in national archives due to their historical value.

Beham’s sons countered that their father wrote the drafts as a private citizen on a voluntary basis for future Justice Ministry, and that in the intervening years any statute of limitations on the state’s claim would have passed.

On Monday, Yerushalayim District Court Judge Tamar Bazak-Rappaport upheld the sons’ right to sell the documents and ordered the state to pay their court costs and those of the Kedem auction house, amounting to a total of 50,000 shekels ($13,948).

The case has been carefully watched by archives, museums and scholars for its potentially precedent-setting importance regarding the question of the rights of a state to “nationalize” held in private hands.

In her decision, Bazak-Rappaport said that regardless of whether Beham was a “civil servant” at the time or not, which remained unclear, the state did not automatic rights to any documents in private possession.

“I don’t think that a reasonable employer insists on receiving everything an employee writes in his own home on his own time,” she wrote, no matter how important or historic the work involved.

However, the owners cannot do whatever they please with such documents. In light of their historic value, the judge conditioned the ruling on the Beham’s son’s commitment to selling them only to a buyer who would in turn commit not to remove them permanently from the country or give them to any entity except a public institution, a museum or an exhibition in Israel.

These first drafts of the Israeli Declaration of Independence are by no means the only such documents which the State Archive would like to wrest from the possession of civil servants who have taken their work home. For example, Ariel Sharon, who as prime minister reportedly kept many such documents at home. The state has recently been in negotiations with Sharon’s sons for acquisition of those papers for the Archive.