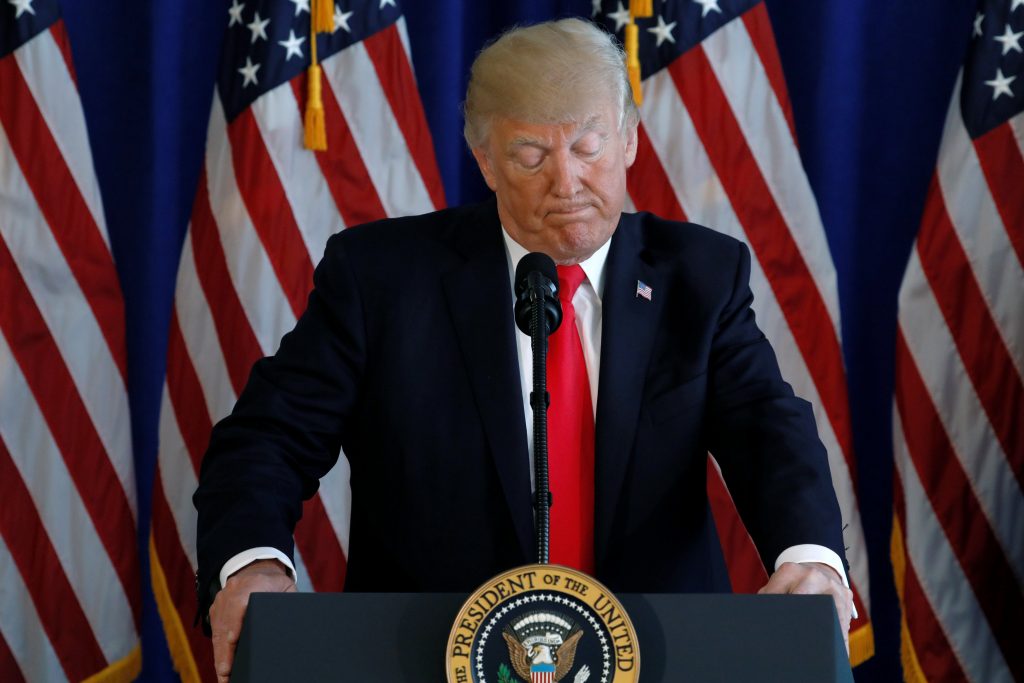 The White House on Sunday said President Donald Trump was condemning all forms of “violence, bigotry and hatred” when he spoke about the violence in Charlottesville, including “white supremacists, KKK, neo-Nazi and all extremist groups,” after he came under fire for not naming those groups specifically.

“The president said very strongly in his statement yesterday that he condemns all forms of violence, bigotry, and hatred, and of course that includes white supremacists, KKK, neo-Nazi, and all extremist groups,” the White House spokesperson said. “He called for national unity and bringing all Americans together.”

Trump said on Saturday that there was more than one side to the Charlottesville incidents. “We condemn, in the strongest possible terms, this egregious display of hatred, bigotry and violence on many sides,” he told reporters at his New Jersey golf course.

The “on many sides” ending of his statement drew the ire of his critics, who said he failed to specifically denounce white supremacy and equated those who came to protest racism with the white supremacists.

The Charlottesville violence is the latest clash between far-rightists, some of whom have claimed allegiance to Trump, and the president’s opponents. At his January inauguration, black-clad anti-Trump protesters in Washington smashed windows, torched cars and clashed with police, leading to more than 200 arrests.