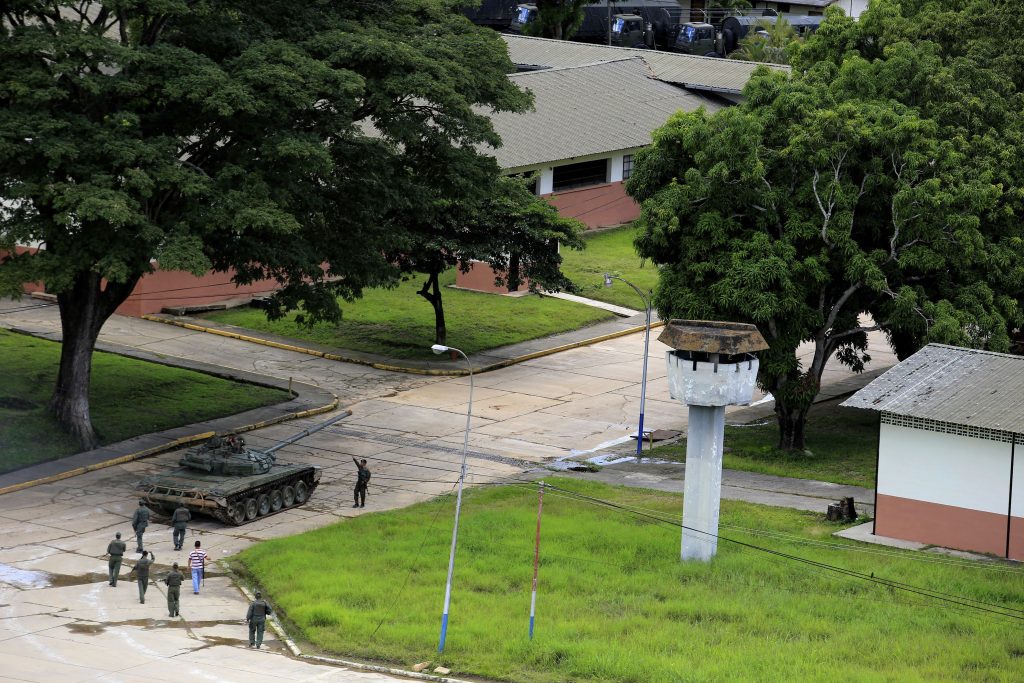 The Venezuelan government has recovered some weapons stolen in the Aug. 6 attack on a military base, and a manhunt now includes arrest requests for alleged anti-government plotters hiding in Miami, the nation’s intelligence chief said on Sunday.

In a dramatic escalation of Venezuela’s political crisis, a group of current and former military officials attacked a base near the city of Valencia after they called for a general uprising against socialist President Nicolas Maduro.

His government has called the incident a “terrorist attack,” and accused the political opposition and the United States, Venezuela’s ideological foe, of helping those trying to unseat him.

After a manhunt began, ringleader Juan Carlos Caguaripano, a former National Guard captain, was caught on Friday. The head of the Sebin intelligence service said in a broadcast on Sunday, that 17 other people had been detained, flashing their portraits on the screen.

Some 23 suspected plotters are still on the run, said Gonzalez, adding that Interpol arrest orders were out for people including a retired military official and a journalist in Miami.

Among those detained and wanted are “political actors, military deserters, businessmen and groups that participated in the April 11, 2002, coup” that resulted in the brief overthrow of late leader Hugo Chavez, Gonzalez said.

More than 120 people have been killed during four months of sustained anti-government protests and unrest in Venezuela, which is rich in oil but whose economy is ailing.

The opposition says Maduro’s authoritarian government has blocked off options for democratic change, heightening chances of a military uprising or violent protest tactics.