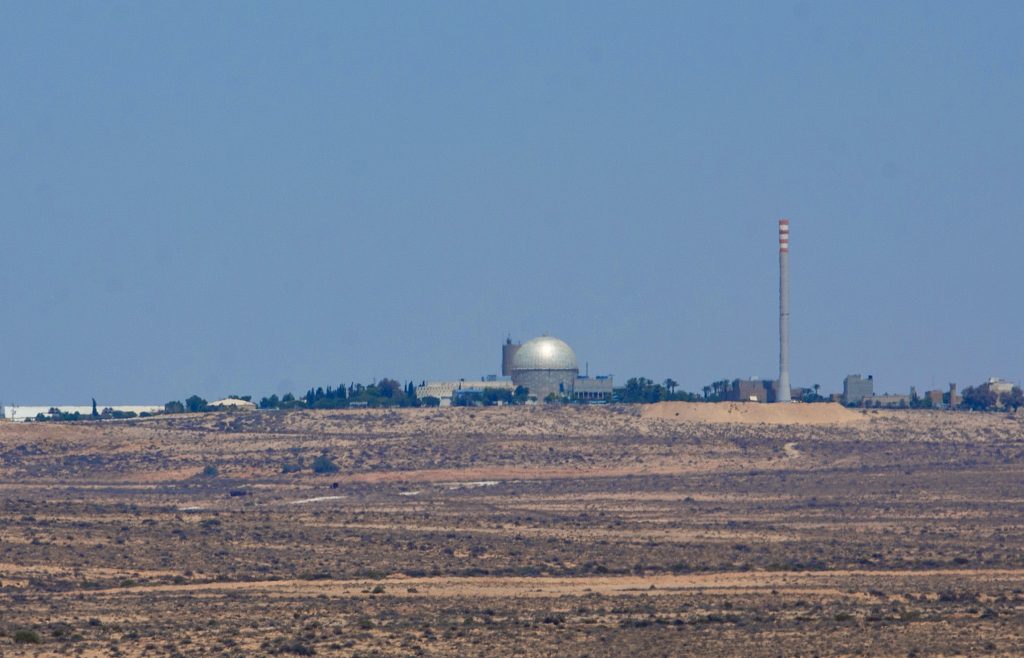 It’s not as scary as a meltdown, but the work slowdown at the Dimona nuclear reactor has caused enough concern that the government is likely to seek a judicial back-to-work order, Haaretz reported on Sunday.

Physicists and chemists in the employ of the defense ministry have suspended issuance of safety licenses for the reactors, halted operating an undisclosed but reportedly sensitive part of the installation, and delayed new development plans.

In response, the cabinet will probably approve new emergency regulations, with the aim of paving the way for the courts to order the scientists to return to their regular stations and restore normal activity at the Dimona Nuclear Research Center.

The slowdown began in February, when scientists belonging to Israel’s Atomic Energy Commission, the Nuclear Research Center in Dimona, and the Soreq Nuclear Center took the actions to pressure the government to give them a significant wage increase, according to Haaretz.

The new regulations being considered by the cabinet would authorize the head of the Atomic Energy Commission and the directors of the reactors to order scientists to report to work and perform essential tasks. Failure to comply could result in their dismissal or docking of salaries.

Explanatory notes appended to the proposed regulations state that “these orders will be issued sparingly and proportionately, in order to prevent harming the state’s interests.”

The legal counsel at the Prime Minister’s Office, Shlomit Barnea Farago, acknowledged that “using these regulations in a labor dispute in vital areas is a drastic step, but in view of concerns about serious damage to vital state interests it is reasonable to take emergency measures.”

In a letter to the cabinet, the head of the scientists’ committee asserted that the slowdown poses no danger, and that they have only taken such steps in the last six months, after eight years of fruitless contract negotiations.

“These steps are urgent,” wrote the official. “The institutions we serve do not supply essential services; the only immediate aspect of uninterrupted work relates to the safety of the installations, and this is fully addressed by our scientists.

“Over the months we’ve been on partial strike, the researchers have responded to several requests by the state and allowed operations when they were deemed essential. The present move is demeaning and unnecessary. There is no agency more responsible for the safety of these installations than our scientists.”