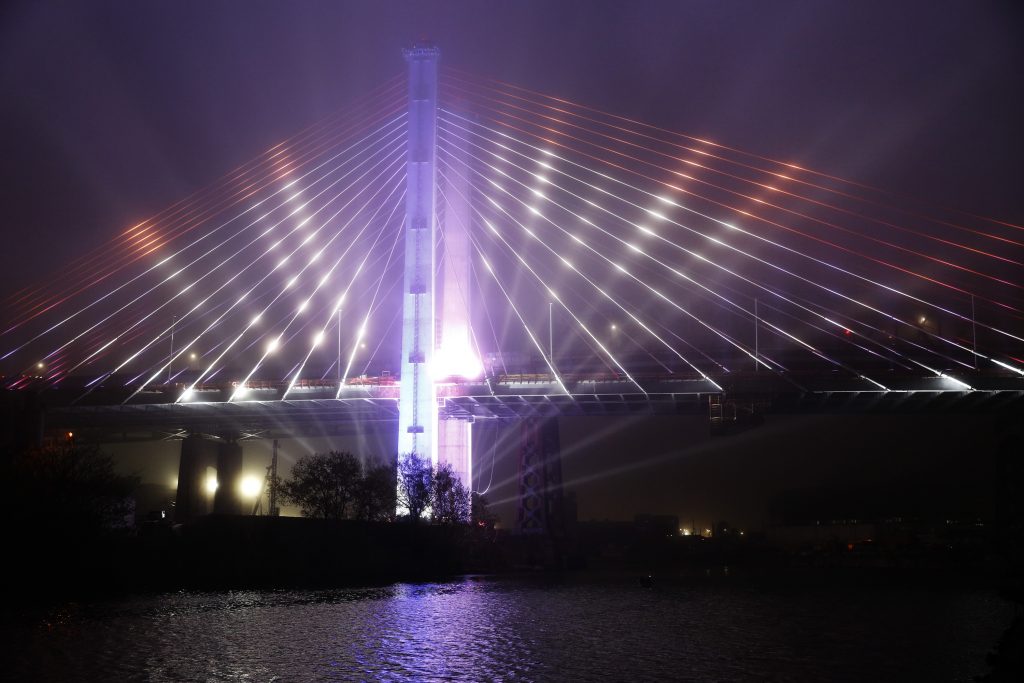 Critics are throwing shade at Gov. Andrew Cuomo’s pricey plan to install high-tech, color-changing lights on New York City’s bridges, questioning whether the investment is the best use of public money.

Republican lawmakers and Mayor Bill de Blasio say the money should instead go toward fixing the city’s troubled subways. A government watchdog group this month called for a state probe into what it says are conflicting explanations for how much the lights cost and where that money will come from. Estimates have ranged from $216 million to $350 million. Administration officials say the details are still being worked out.

“It’s a transparency issue,” said Susan Lerner, executive director of Common Cause-New York, which formally requested the investigation. “The taxpayers are entitled to a straight answer.”

Cuomo has repeatedly talked up the lights, envisioning them as an “international tourist attraction” that would add a “breathtaking” touch to the city’s already iconic skyline.

They made a splashy debut this spring during the opening of the first span of the new Kosciuszko Bridge, flashing in synchronization to New York-themed music. The multi-color LEDs can also be coordinated with lights on the Empire State Building. All seven bridges operated by the MTA are set to be rigged with the lights within a year.

“We are building a harbor of lights,” Cuomo said last month. “I think people are going to be blown away.”

Other officials have taken a dimmer view. De Blasio, who has frequently sparred with his fellow Democrat, urged Cuomo to reallocate the money for emergency repairs on the subway system, which has been plagued by mounting delays, derailments and other problems caused by decades of neglect. Some top Republicans agree.

“Taxpayers will be picking up the tab,” said Assembly Minority Leader Brian Kolb, R-Canandaigua. “As the city’s mass transit system continues to crumble, a $200 million lightshow is hardly the best use of state resources. … Fancy bridge lights won’t get people to their destinations on time.”

The state’s estimated price tag for the lights has fluctuated over time. Cuomo’s administration says it doesn’t have a current estimate but says earlier estimates up to $350 million were overblown.

Despite initial reports that the Metropolitan Transportation Authority would foot the bill, the state now says the money will come from economic development funds and proceeds from the state’s Power Authority, which often works on big energy efficiency projects.

As for Common Cause’s request for an investigation, Cuomo spokesman Jon Weinstein dismissed it as a “ridiculous stunt.”

Cuomo argues that in the long run, the new lights will save the state money because they are more energy efficient than traditional lights.