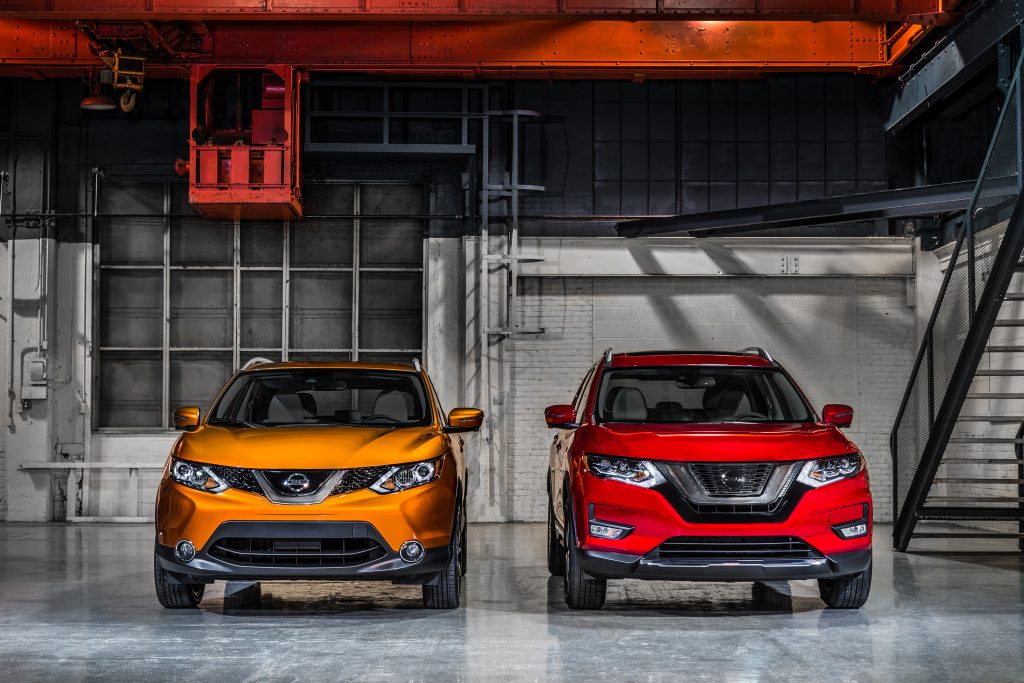 Life is full of choices.

Should you order the medium soft drink, or the large? Is the petite 10-ounce filet ample, or is the 24-ounce dry-aged porterhouse the better bet? Should your home have two, three or four bedrooms?

In America, size matters, and for most buyers, bigger is always better. But that’s not always the case.

While opting for a larger portion of food promises to be more satisfying, it’s also more fattening. So plan an extra 30 minutes of exercise to burn off the extra satisfaction. A larger house gives you more space, but it also means more rooms to keep clean.

Most choices, though, are not so clear-cut, and that includes choosing a new crossover.

Let’s say you’re considering one from Nissan. There’s the compact-but-almost-midsize Rogue with an optional third row, starting at $25,380. Then there’s the slightly smaller but truly compact Rogue Sport, with merely two rows and a starting price of $22,380.

So what does an extra three grand buy you?

Certainly not unique looks; the Rogue Sport looks just like a Rogue, albeit one that’s been left in the dryer too long. And while there are differences in minor items, such as the Rogue’s larger, deeper grille and distinct front fascia details, most people will be hard-pressed to tell the difference unless viewing the two next to each other. But there are other differences, with the Rogue Sport wearing a cleaner, sportier wardrobe than the larger Rogue. Side sculpting is significantly sportier, yet the overall look remains sophisticated and upscale.

The Rogue is about a foot longer and rests atop a wheelbase that’s 2.3 inches longer and 3.8 inches taller than its smaller sibling. This does pay some dividends inside, with the Rogue having an extra two inches of front-seat headroom, 4.5 inches of rear-seat legroom, 5.2 inches of rear-seat hip room, and 9 cubic feet of cargo space. Other measurements are within tenths of an inch of the other. Both interiors have a similar feel, with the Rogue Sport having a slightly down-market feel from its larger sibling, but not significantly so — although you can’t get an auto-dimming rear-view mirror on the Rogue Sport, even on top trim. Meanwhile, if you think some of the Rogue’s essential switches are missing, look where you would never think to: on the bottom left of the instrument panel.

The Rogue is faster than its smaller stable mate, but the Rogue Sport still possesses ample acceleration, even though it’s held back a bit by the transmission. The cure is to opt for sport mode, where behavior is more responsive. Also, the smaller engine gets vocal when revved, befitting its status as the sportiest of the pair. Both models are fairly quiet except for some moderate road noise and boast composed suspensions without undue ride motions. Body lean comes on as expected, but it’s not outrageous. That said, the Rogue Sport certainly feels sporting but not sporty, while the Rogue is more mainstream, with a slightly softer ride and an ambience and specs more fit for families and empty nesters.

Fuel economy between the two differs by 1 mpg, with the edge going to the larger Rogue.

And both can be fitted with the same safety features, including intelligent cruise control, forward emergency braking with pedestrian detection, lane-departure warning, lane-departure prevention, blind-spot warning, and rear cross-traffic alert.

Which one is right for you? It depends on the size you require and the personality you prefer.

Test-drive both. You might be surprised with your choice.