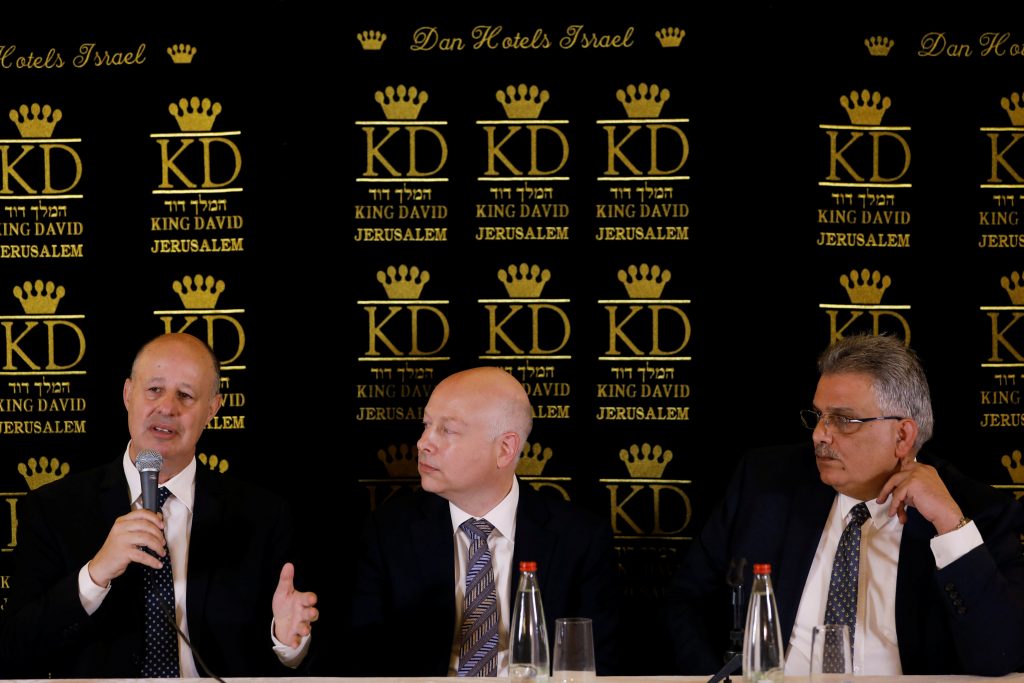 Deputy national security adviser Dina Powell will also be on the trip, which will include meetings with leaders from Saudi Arabia, the United Arab Emirates, Qatar, Jordan, Egypt, Israel and the Palestinian Authority, the official said.

“While the regional talks will play an important role, the president reaffirms that peace between Israelis and Palestinians can only be negotiated directly between the two parties and that the United States will continue working closely with the parties to make progress towards that goal,” the official said.

Kushner, who serves as a senior adviser to his father-in-law, was charged with helping to broker a deal between Israelis and Palestinians after Trump took office.

The president went to Saudi Arabia and Israel during his first post-inauguration trip abroad and has expressed a personal commitment to reaching a deal that has eluded his Republican and Democratic predecessors.

The timing of the trip was pegged to the recent “restoration of calm and the stabilized situation in Jerusalem” after a spate of violence last month sparked by Israel’s installation of metal detectors at entry points to Har HaBayis, after two Israeli police officers were killed in a terror attack at the site.

Trump directed that the talks focus on a pathway to peace talks, fighting “extremism,” easing the humanitarian crisis in Gaza, and identifying economic steps that can be taken to ensure security and stability, the official said.

“To enhance the chances for peace, all parties need to engage in creating an environment conducive to peace-making while affording the negotiators and facilitators the time and space they need to reach a deal,” the official said.