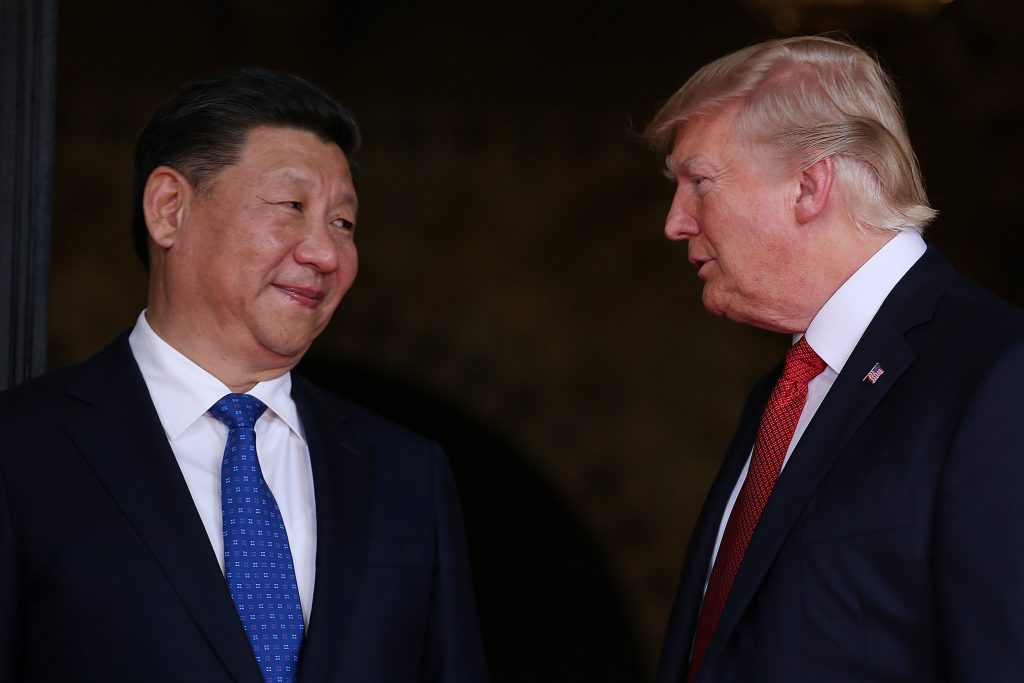 China should remain neutral if North Korea launches an attack that threatens the United States, a Chinese state-run newspaper said on Friday, sounding a warning for Pyongyang over its plans to fire missiles near the U.S. Pacific territory of Guam.

The comments from the influential Global Times came after President Donald Trump stepped up his rhetoric against North Korea again on Thursday, saying his earlier threat to unleash “fire and fury” on Pyongyang if it launched an attack may not have been tough enough.

China, North Korea’s most important ally and trading partner, has reiterated calls for calm during the current crisis. Beijing has expressed frustration with both Pyongyang’s repeated nuclear and missile tests and with behavior from South Korea and the United States, such as military drills, that it sees as escalating tensions.

“China should also make clear that if North Korea launches missiles that threaten U.S. soil first and the U.S. retaliates, China will stay neutral,” the Global Times, which is widely read but does not represent government policy, said in an editorial.

“If the U.S. and South Korea carry out strikes and try to overthrow the North Korean regime and change the political pattern of the Korean Peninsula, China will prevent them from doing so,” it said.

Trump said North Korean leader Kim Jong Un was not going to get away with his “horrific” comments and disrespecting America.

“Let’s see what he does with Guam. He does something in Guam, it will be an event the likes of which nobody’s seen before, what will happen in North Korea,” Trump told reporters in New Jersey, without offering specifics.

Shortly after Trump spoke, U.S. Defense Secretary James Mattis told reporters the United States still preferred a diplomatic approach to the North Korean threat and that a war would be “catastrophic.”

Asked if the United States was ready if North Korea made a hostile act, he said: “We are ready.”

Tension in the region has risen since the reclusive North, which staged two nuclear bomb tests last year and launched two intercontinental ballistic missile tests in July in defiance of world powers. Trump has said he would not allow Pyongyang to develop a nuclear weapon capable of hitting the United States.

“His view and the view of the administration is that the way to resolve the situation with North Korea … is through these economic sanctions. That’s the preferred way to deal with it,” Turnbull said in a radio interview.

“But of course if North Korea decides to carry out some of its violent threats, then obviously terrible consequences will follow, and there’s no point ducking that inevitable consequence,” he said, promising Australian military support for the United States if it was attacked.

On Thursday, U.S. and Japanese troops began an 18-day live fire exercise on the northern Japanese island of Hokkaido, which was to include rocket artillery drills and involve 3,500 troops.

The Northern Viper drills are one of the scheduled exercises that Japan’s Self Defense Forces conducts regularly with their U.S. counterparts and are not a response to the latest tensions.

South Korean and U.S. troops are also gearing up for an annual joint drill from Aug. 21, called the Ulchi Freedom Guardian, in which up to 30,000 U.S. troops will take part.

South Korea’s national security adviser Chung Eui-yong and his U.S. counterpart H.R. McMaster spoke on the phone for 40 minutes early on Friday, a spokesman for the presidential Blue House in Seoul said.

The two discussed responses to North Korean provocations and the security situation on the Korean peninsula, he said.

South Korean President Moon Jae-in is expected to deliver a speech next week to mark Liberation Day, when the Korean peninsula secured freedom from the rule of Japan. Moon is likely to highlight his policy on North Korea on the holiday, the only one the two Koreas share.

The United States and South Korea remain technically still at war with North Korea after the 1950-53 Korean conflict ended with a truce, not a peace treaty.

Former defense officials and experts say any military conflict with North Korea would likely escalate quickly to the use of nuclear weapons, bringing catastrophic casualties and an untold economic impact worldwide.