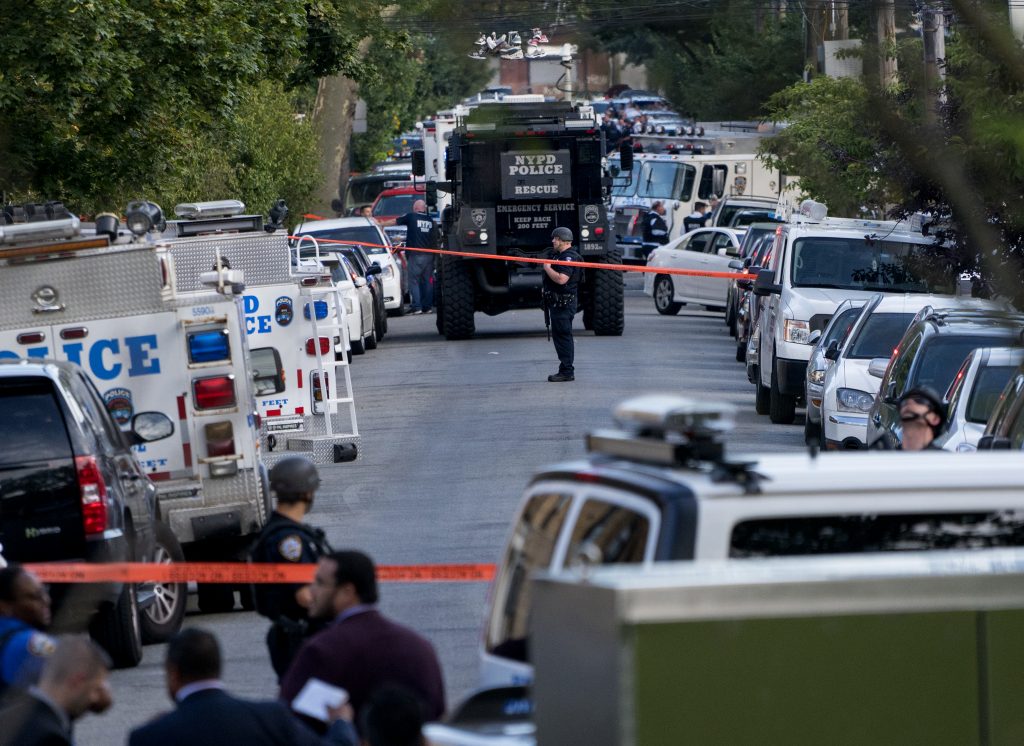 A New York City police officer has been shot and wounded in Brooklyn, but may have been saved from more serious harm by a bulletproof vest.

Police said officers were responding to a report of an emotionally disturbed person when a man opened fire.

Some shots hit the officer’s vest; another hit his arm. Police said the officer was being treated at a hospital.

The gunman was believed to be holed up inside a house.

A video feed from a news helicopter showed armed police officers with their guns drawn taking cover, first behind an ambulance and then behind an armored vehicle outside a home.