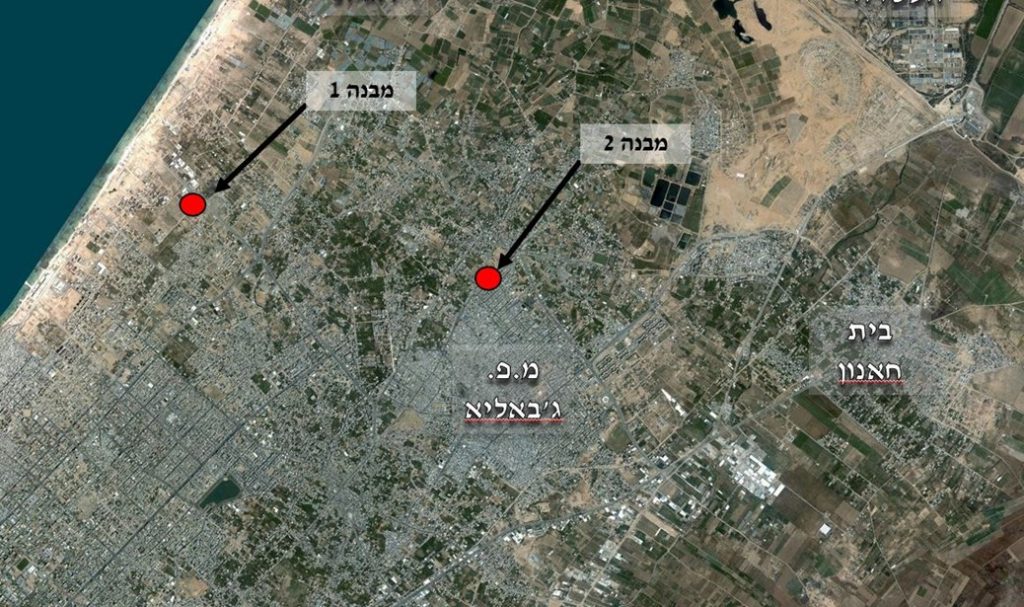 The IDF has uncovered in recent days entrance and exit shafts to tunnels built by Hamas in the Gaza Strip with access under tall apartment buildings, some of them six stories and higher.

Gen. Ayal Zamir, head of the IDF Southern Command, led a tour of the Gaza border area on Wednesday in which he warned residents of Gaza against allowing Hamas to build tunnels under their homes. Zamir said they are endangering their homes by making them into “live targets” during any future military conflict with Israel. It was a situation in which they could swiftly find themselves in “death traps,” he said.

“Hamas has been deterred, and is currently doing everything it can to avoid war, but at the same time is preparing for it, in every way, which could erupt at any time, as the situation is highly volatile,” Zamir said.

Some of the tunnels, he said, emerge from under mosques or close to them, or from civilian dwellings, thereby endangering the lives of civilians, he said. As in the past, part of the Hamas military doctrine is to locate military sites in civilian areas in order to make identification and elimination difficult for the IDF – and when it does attack them, blames Israel for killing civilians.

In the meantime, Israel continues with its technologically advanced border fence at an accelerated pace, to be completed within one and a half to two years, and that is expected to change the security outlook in the area completely. IDF officials believe the barrier will prevent Hamas from building any more tunnels and will render the existing ones useless.

At this stage, some 400 people are working on the fence, and within two months it will be 1,000, working in parallel teams to speed the construction.

At the same time, the Southern Command has stepped up its preparations in case of war, on the premise that a military confrontation could happen at any time.

Rogue terror groups are meanwhile attempting to sabotage the fence-building, and Hamas prevents some of them, as it sends messages that it has no hand in the sabotage.

Israel is making a major effort to expose the Hamas tunnels both below and aboveground, through coordinated operations of the IDF, Shin Bet, Mossad and military intelligence. Intelligence accumulated on the tunnel activities is extensive, and Israel will increase it further if necessary.

“We are looking at all the options, and priority has been given to this operation over any other sector,” said Gen. Zamir. “Our intelligence indicates that they are continued to build tunnels intensively, and we have no small amount of information about them, and if it comes to war, they will all be hit,” he said.