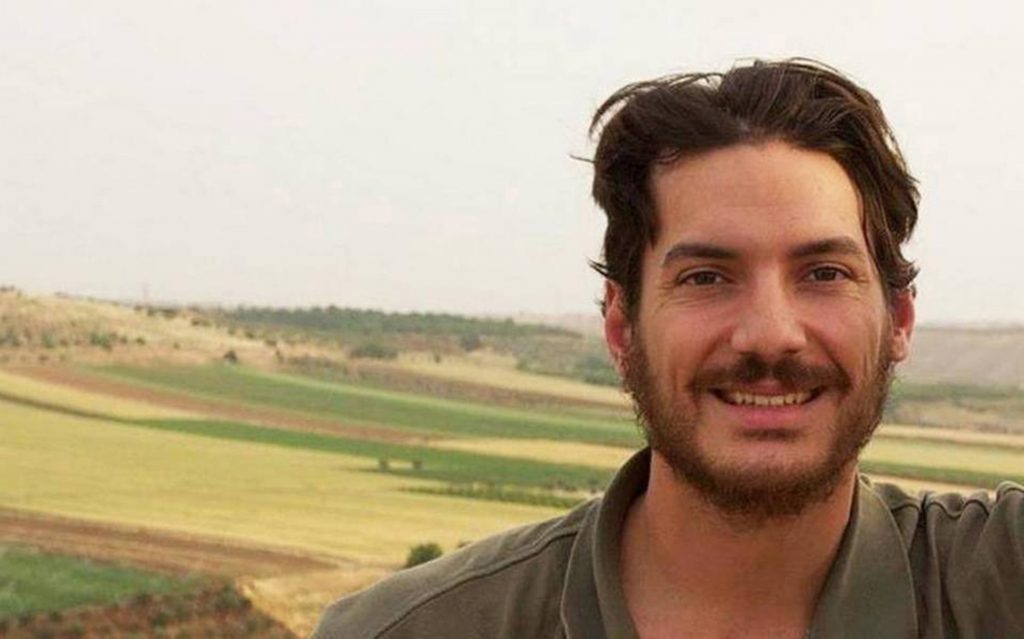 Nearly every morning, Marc and Debra Tice check the news and discuss any overnight events that might help them locate their son, Austin.

It’s been like this for five years — two parents engaged in constant research, networking, traveling, looking for doors to open that could lead to their son. “Every development could create some new opportunity,” said Marc Tice.

A freelance journalist and Marine veteran, Austin Tice disappeared in Syria on Aug. 14, 2012, just three days after turning 31. On Friday, his parents will throw a party at their home in Houston to celebrate his 36th birthday.

“We are keeping the candles lit until he comes home,” said Debra Tice, whose family has created a support website for Austin where supporters can post birthday greetings.

Austin Tice was covering the Syrian civil war for McClatchy, The Washington Post and other news organizations when he vanished en route to Lebanon. He was last sighted six weeks after his disappearance, when a video was posted that showed him being guided up a hill by a group of armed men.

While there’s been no other public sighting since 2012, his parents remain confident he is alive and that his freedom can be secured.

“We have new information that we cannot share,” Debra Tice said during a recent telephone interview. Doing so, she said, would potentially undermine their relationship with a valuable source.

Tice “is not being held by any part of the Syrian opposition,” his mother said — including Islamic States, which has executed several Americans. Reporters Without Borders has also stated that Tice is alive and not held by ISIS.

That’s led to speculation the Syrian government is holding Tice or knows where he is confined — a claim Syrian officials have repeatedly denied.

“His case has the attention of the highest levels in our U.S. government and the administration,” Nesheiwat said in a statement to McClatchy. “We are actively working to secure Austin’s release.”

She added that U.S. officials will continue to work through the Czech Republic — a go-between to Syrian officials known as a “protecting power” — to obtain information about Tice’s welfare and whereabouts.

The Tices have traveled several times to Washington this year to meet with U.S. officials. Last month, they held a media conference in Beirut, their third in that city, in the hope that local media coverage could generate new leads or sources.

“We have every reason to believe that Austin is alive and being held captive in Syria,” Marc Tice said during that Beirut appearance. “We are willing to engage with any government, any group or any person who can help us in our effort to secure his safe release.”

Tice is one of several Americans missing, detained or abducted overseas, in regions ranging from North Korea to the Middle East. Partly because of pressure from family members, President Barack Obama in 2015 issued Presidential Policy Directive 30, which established new policies for “hostage recovery activities.” It also created the job currently held by Nesheiwat on an acting basis.

In June, The New York Times reported that CIA Director Mike Pompeo had reached out to a Syrian government official with a goal of securing Tice’s release. That back channel dried up, the Times reported, after Syria launched a nerve gas attack on rebel-held territory in northern Syria and the Trump administration responded with a missile strike.

White House officials declined to comment, and Tice’s parents say they have no information to verify that report. But they say the new administration is “absolutely” engaged in seeking the return of their son and other Americans abducted or missing.

“We’ve been surprised, pleased and gratified at the speed and depth of engagement of the new administration,” said Marc Tice, with his wife calling it “a smooth transition.”

Austin Tice has six brothers and sisters, and every year, some or all of them join their parents in celebrating his birthday. It is a folksy affair, sometimes with Austin’s favorite summer food — pasta salad — along with cake and ice cream, songs and games. “It will be as absolutely corny as we can possibly make it,” said Debra Tice.