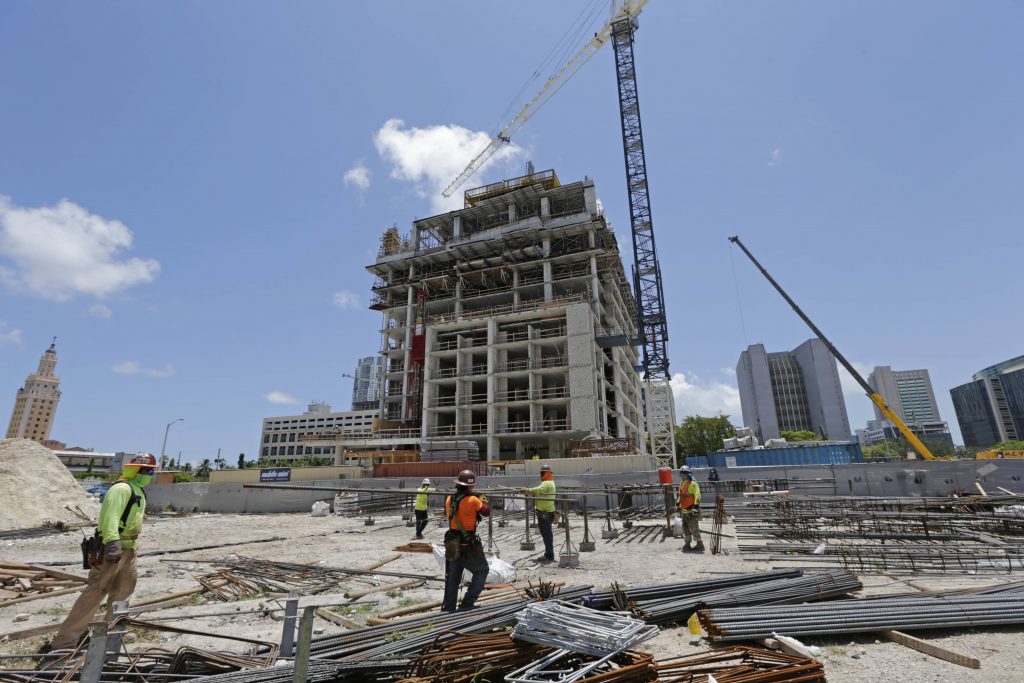 U.S. worker productivity rose more than expected in the second quarter as hours increased at their fastest pace in 1-½ years, keeping labor costs under control.

The Labor Department said on Wednesday that nonfarm productivity, which measures hourly output per worker, increased at a 0.9 percent annualized rate in the April-June period. First-quarter productivity was revised to show it edging up at a 0.1 percent pace instead of being unchanged as previously reported.

With productivity rising, unit labor costs, the price of labor per single unit of output, increased at only a 0.6 percent pace in the second quarter after jumping at a 5.4 percent rate in the January-March period.

Compared to the second quarter of 2016, unit labor costs fell at a 0.2 percent rate, pointing to muted inflation. Coming on the heels of a recent moderation in price pressures, the retreat in unit labor costs may worry Federal Reserve officials as they contemplate further monetary policy tightening.

Prices for U.S. Treasuries were higher in mid-morning trading while U.S. stocks were lower. The dollar gained against a basket of currencies.

The government also revised productivity data going back to 2014, in line with recent revisions to gross domestic product figures. Those revisions showed productivity falling 0.1 percent in 2016, the first drop since 1982.

Productivity increased at an average annual rate of 1.2 percent from 2007 to 2016, below its long-term rate of 2.1 percent from 1947 to 2016, indicating the economy’s potential rate of growth has declined.

Anemic productivity is bad news for President Donald Trump who has pledged to boost annual economic growth to 3.0 percent through tax cuts, infrastructure spending and a rollback of regulation.

“To reattain 3 percent real GDP growth with the demographics the U.S. is facing, productivity growth will have to exceed its long-run average growth rate of 2.1 percent, and we are far short of attaining such a pace,” said John Ryding, chief economist at RDQ Economics in New York.

Economists blame soft productivity on a shortage of workers as baby boomers retire as well as on the impact of rampant drug addiction in some parts of the country. A report on Tuesday showed job openings surging to a record 6.2 million in June.

The International Monetary Fund in June cut its growth forecasts for the U.S. economy to 2.1 percent for both 2017 and 2018. The IMF said the Trump administration was unlikely to achieve its 3 percent growth goal over a sustained period, partly because the labor market is at full employment.

Other economists also argue that low capital expenditure, which they say has resulted in a sharp drop in the capital-to-labor ratio, is holding down productivity.

There is also a perception that productivity is being inaccurately measured, especially on the information technology side. Annual economic growth has not surpassed 3 percent or more since 2005. Gross domestic product expanded at a 2.6 percent annualized rate in the second quarter.

Low productivity has also been blamed for sluggish wage growth even as companies continue to hire more workers to maintain output, pushing the labor market near full employment.

Hours worked increased at a rate of 2.5 percent in the April-June period, the quickest pace since the fourth quarter of 2015, and followed a 1.6 percent pace increase in the first quarter. As a result, output per worker surged at a 3.4 percent rate, the fastest since the first quarter of 2015, after rising at a 1.8 percent pace at the start of the year.