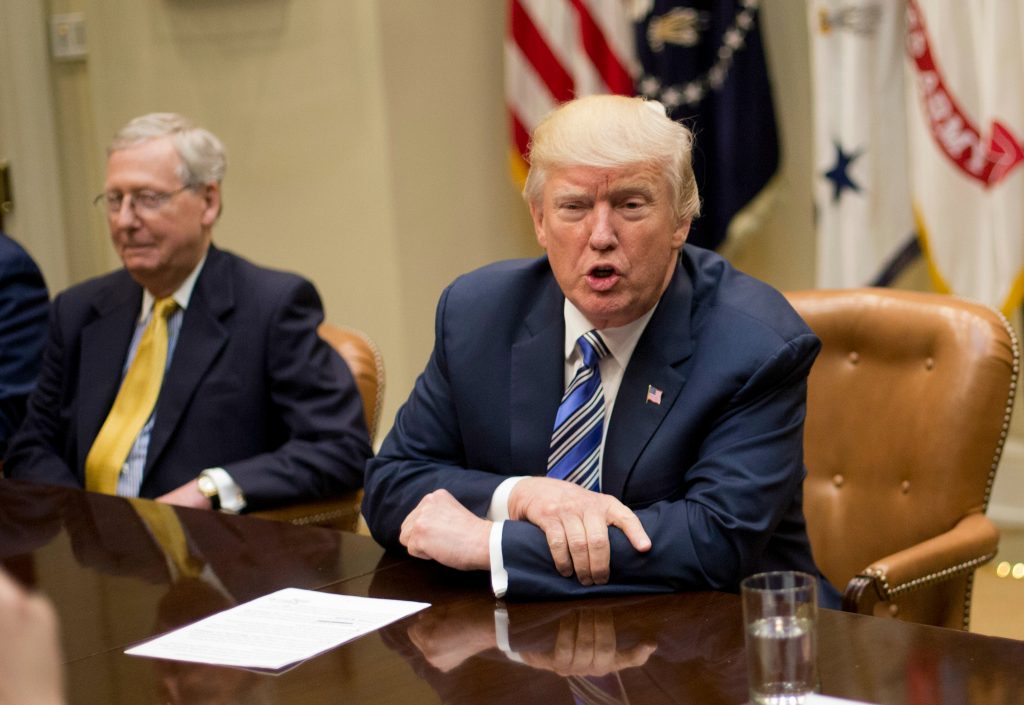 “Senator Mitch McConnell said I had ‘excessive expectations,’ but I don’t think so. After 7 years of hearing Repeal & Replace, why not done?”

The back-and-forth was the latest sign of strained relations between Trump and Republicans in Congress, who have chalked up few victories since January, despite the GOP’s control of the White House and both the House and Senate.

“More excuses,” wrote Scavino, an outspoken Trump loyalist. “@SenateMajLdr must have needed another 4 years – in addition to the 7 years – to repeal and replace Obamacare…..”

In his remarks on Monday to the Rotary Club of Florence, Kentucky, McConnell said “our new president had of course not been in this line of work before,” adding: “And I think had excessive expectations about how quickly things happen in the democratic process.”

McConnell said people think Congress is underperforming partly because “artificial deadlines, unrelated to the reality of the complexity of legislating, may not have been fully understood.”