Business Trump Edges Closer to a Trade War with China, Thanks to Aluminum Foil
Business 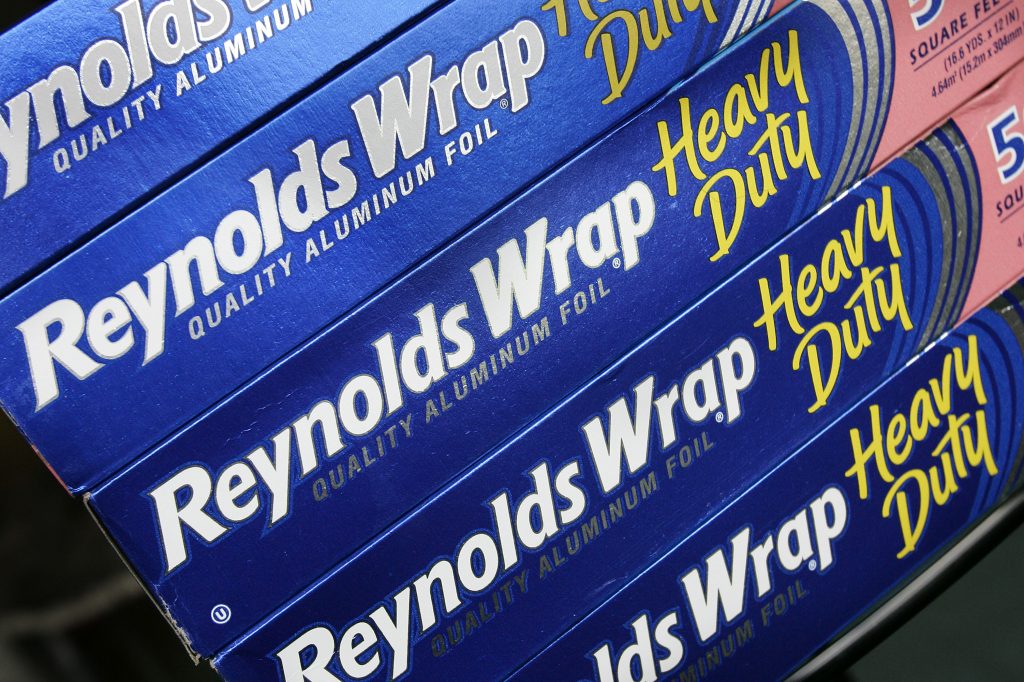 The United States has decided to levy an import tax of up to 81 percent on shipments of aluminum foil from China, penalizing the country for what U.S. trade officials say are unfair subsidies of its products.

The decision could add to mounting tensions between the world’s two biggest economies over trade, as the Trump administration moves toward a tougher stance on Chinese trade violations.

A preliminary decision issued by the Commerce Department on Tuesday evening found that the products were receiving financial assistance from the Chinese government. It specifically levied so-called “countervailing duties” on four Chinese companies, ranging from an 81 percent import tax on exports from one firm to a 17 percent tax on another. Chinese companies not specifically named face a a duty of 22 percent on products they export to the U.S. market.

The ruling still awaits a final decision from the department on October 23, 2017, as well as a ruling by the International Trade Commission. In the meantime, the Commerce Department will instruct border officials to begin collecting the duties on the products. The measure will cover the kind of aluminum foil commonly used in kitchens, as well as in product packaging, cookware and automobiles.

The Aluminum Association, a trade group, said it was “very pleased” with the finding. “This is an important step to begin restoring a level playing field for U.S. aluminum foil production, an industry that supports more than 20,000 direct, indirect, and induced American jobs, and accounts for $6.8 billion in economic activity,” said Hedi Brock, the group’s president.

The decision is a routine one, as the United States frequently sets duties on imports it believes are unfairly subsidized. But it takes on more importance now that the Trump administration is ratcheting up pressure on Chinese trade practices, said Chad Bown, a senior fellow at the Peterson Institute.

“This would happen under any administration. I think what’s interesting and useful about it though is that it does tie into this bigger aluminum and overcapacity issue,” said Bown.

The Trump administration has frequently criticized China for flooding global markets with ultra-cheap products and putting competing industries in the United States out of business. Many of China’s industries are owned or subsidized by the state, which means they can continue to pump out products even when it is not profitable to do so, economists say.

Mr. Trump spoke often on the campaign trail about cracking down on China’s trade abuses. But in the initial months of his presidency, he appeared to be willing to cut the Chinese more slack on trade in exchange for help with diplomacy goals, such as pressuring North Korea to abandon its nuclear weapons program.

“I explained to the President of China that a trade deal with the U.S. will be far better for them if they solve the North Korean problem!” Trump tweeted in April.

In more recent months, however, the president appeared to abandon that strategy, while simultaneously ratcheting up trade pressure on Beijing. The Chinese “do NOTHING for us with North Korea, just talk,” he tweeted July 30.

The Trump administration has separately been investigating the risk that imports of aluminum and steel pose to the country’s national security. The investigation is being carried out under a section of the 1962 trade law known as 232. If the Commerce Department finds that imports are threatening America’s industrial base, that legal provision would allow the administration to impose sweeping tariffs or other restrictions.

The president and Commerce Secretary Wilbur Ross had said that the first of those Section 232 investigations, into steel imports, would be concluded by the end of June. But the decision has been delayed, in part due to pushback from foreign allies and steel-using industries that might suffer.

Meanwhile, the United States has tried to use the threat of tariffs to press the Chinese to reduce overcapacity in steel and other industries. But a meeting between U.S. and Chinese trade officials in Washington broke down in mid-July after the Chinese refused to commit to an ambitious request to cut its steel production, according to people who attended the meeting.

Meanwhile, the United States is also considering a separate trade measure against China under Section 301 of the 1974 trade law. This measure, which could come as soon as next week, would penalize the Chinese for theft of American intellectual property.

The United States maintains a vast patchwork of trade restrictions against specific Chinese products through anti-dumping and countervailing duties set by the Department of Commerce – like the aluminum foil decision on Tuesday. But measures launched under Section 232 or Section 301 of the United States trade laws would apply to a much broader swathe of products.

Yet the moves come at a time when China experts say Beijing may be unlikely to bend to external pressure. The country is quickly approaching a political transition this fall in which successors for five of its top seven leadership positions may be named, and leaders could take a tough stance on trade to ensure they are not subject to criticism at a politically vulnerable time.

“If the negotiations go quickly enough, we’ll be investigating the Chinese in the middle of their transition, the so-called Party Congress, and that might put the Chinese in a political bind,” Scott Kennedy, deputy director of the Freeman Chair in China Studies at the Center for Strategic and International Studies, said of the 301 investigation. “If they can’t reach a deal and the United States decides to move toward penalties, China would likely respond with retaliatory penalties as well as bring a case to the WTO.