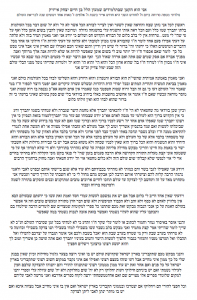 It was 20 Sivan, June 14, when my son’s neuro-oncologist felt it was time to have a discussion with his 16-year-old patient, 10 years fighting a brain tumor, about death and dying.

My son, Shimon Hillel, obviously felt the conversation inconsequential, because he promptly returned to his yeshivah after the doctor visit, while my husband calmly waited for me as I returned from work to join him for supper.

The two of us then waited for Hillel until past 12 midnight, when he sauntered in from his extended seder in yeshivah, after he had finally finished with all his extra learning (and post-learning schmoozing).

“I hear the doctor asked you if you are afraid of dying,” I said, as he sat down to join us.

“You know who is afraid of dying?” he said. “The doctor. He’s not frum, so he is afraid. I am a frum Yid, so I know that it’s all part of what Hashem wants for me.”

I motioned to the pile of booklets my husband had placed on the couch near me, booklets geared to the teenage cancer patient who has run out of options and needs to prepare for his death and dying.

“Maybe we need to talk about this?” I said.

Hillel waved away my concerns. “Don’t worry,” he said.

Over the next week or so, though, we did have conversations about death.

“Life is full of ups and downs,” Hillel said, smiling, “but death is just one down — and the rest is up.”

“Maybe, in a few days, when we get to the bungalow we can talk about these booklets, what you want — ” I tried again.

And that is when Hillel said, “Totty and Mommy, I already took care of it. I wrote down everything you need to know. After, you will read it, but not before.”

The document that he titled in his computer “Sefer Ha’achron” is the tzavaah of my son, Shimon Hillel ben Chaim Yitzchok Eizik.

May the inspiration of his tzavaah be a zechus for the pure neshamah of Shimon Hillel ben Chaim Yitzchok Eizik, z”l.

I, the least prominent of Torah students, Shimon Hillel ben Chaim Yitzchak Isaac, was born humbly on the 8th day of the second month (Iyar), in the year 5761.

I wish to begin with indescribable, immeasurable praise and thanksgiving to the Creator. There has never been anything in any of the worlds other than Him, may He be blessed, nor will there ever be anything other than Him. Despite this, He took notice of me and cared for me in such a perfect manner — it is mind-boggling.

Even though I was subjected to a little … suffering, I feel no reason to complain to the holy Creator, chas v’shalom. This is how I have always felt and what I have always believed. I never, not even once, entertained the thought that the Creator had any intention other than for my good. I never thought about discarding my observant upbringing, or about any other such absurd notion.

I have always been certain that there is a Judge and Judgment, and I understood that I am not wise. I am not even on the level of an am haaretz, but I am not so foolish as to think that things would be better for me in any way if I would decide to deny [Hashem’s existence].

Where could I have gone to escape Your Spirit? In which direction would I have fled? If I would climb to the Heavens, You are there, and if I would descend to the depths of the netherworld, You would be present. Even though the yetzer hara comes to me repeatedly, as it has many times, I have no intention of rebelling, chas v’shalom, against Hashem. He is the Master of all that exists. He has always been, He is at present, and He will always be. Even though I have at times fallen into the snares of worldly pleasures, Sheva yipol tzaddik v’kum; for me, even more so.

I hereby declare that I have perfect faith that Hashem is the Creator and the Conductor of the world, that He is Omniscient and that His dominion encompasses all the worlds that exist. I have faith that one day the Moshiach will arrive, and that one day there will be techiyas hameisim. I assert my allegiance to all the tenets of Judaism, especially the thirteen fundamental principles of faith.

That being said, even if the yetzer hara would one day succeed in persuading me to deny the existence of the One Who spoke and thereby brought the world into being, I hereby declare in advance that such a denial is futile, that it is due to a temporary lapse of sanity. Chazal taught that a person sins only if he becomes infected with insanity. Therefore, I declare at this time that if it happens that I, chas v’shalom, ever say or even think such thoughts, you can be absolutely certain that at that moment I am not in my right mind. I know with absolute certainty that He alone exists and that there is nothing other than His presence.

This being the case, there is no question that I have never sinned with intention to anger Hashem, chas v’shalom. It is only because the yetzer hara has [temporarily] overcome me so that I have not remained steadfast in [my awareness of] Hashem. It is a fact that Hakadosh Baruch Hu never tests anyone unless He knows that this person can in fact withstand the test, with Hashem’s assistance.

Hashem does not desire that even one person in the world become wicked. If someone does not overcome his challenges, it is undoubtedly because he did not invest all his strength in the struggle. If he does pass the test, then he is indeed fortunate.

I, however, have never given up on any mitzvas asei or mitzvas lo saaseh. Therefore, it is with a broken heart that I stand before You, my Master. You are not only my Master, but the Master of my entire family. Not only that, You are the Master of the entire world. In fact, You are Master of all existence, not only the world. Not only are You the Master, You are the Creator, the only One, the One Who oversees all that goes on in the universe. Hashem does not forget anything, nor does He treat anyone unfairly.

I, on the other hand, have committed grave sins. I did not think clearly, for in truth, what value do our lives have? I therefore beg for forgiveness and atonement for not having been careful enough to fulfill Your Torah. Not only am I guilty of wasting time that could have been used for learning Torah despite the fact that I was taught some of the sublime qualities of the holy Torah, but also, many times when I had the freedom [to learn], my body chose the curses [of wasteful activities] instead of choosing life [in the form of Torah study]. I am in pain for myself and for my soul, since I did not gain anything from committing these sins. Oy! Hashem, You know what sins I have committed. Please, in Your abundant mercy, erase my sin!

What’s more, I am aware that I have not given my peers the honor due to them. In fact, I sometimes insulted other people. I am especially guilty of dishonoring my father and mother, causing them much pain. Therefore, I am pleading with all these people to forgive me, for I was not thinking correctly. I am now filled with regret for these things. This [act of forgiving me] will be considered an eternal act of tzedakah, and in its merit may you be granted good, long lives with children who busy themselves studying Torah lishmah, and may you be granted an honorable, abundant livelihood.

I am fully aware that no one owes me anything at all. Nonetheless, if you wish to be kind to me, please do the following: You are surely aware that in the World to Come a person cannot bring his gold or silver, and certainly not his silly self-image of prestige, or anything else. He can bring only Torah study and good deeds, things that he cannot accomplish in the World of Truth. Therefore, despite my lowliness, I request that you donate all my sefarim to places where many people study Torah, so that they will use [these sefarim]. Write in each sefer that it is given for the elevation of my neshamah. Perhaps this will help to purify my soul to whatever degree possible.

I hereby declare it to be absolutely forbidden to say or write any false information about me, chas v’shalom. You are clearly aware that I did not spend all my time studying Torah, as many people [like to] think I did. It is not even possible to say that I was a masmid at all. With a broken heart, [I ask that you] do this for me: Learn Torah for my sake, give tzedakah for my sake, and do other mitzvos for my sake. I did not prepare myself “on Erev Shabbos.” Only someone who toiled to prepare on Erev Shabbos will be able to eat on Shabbos. To you I say: Fight your yetzer hara and overcome it. Don’t be overwhelmed or afraid of the challenge. Gird your loins like a warrior to do what is just and good in His Eyes. If you will do this, you will be most fortunate. Hashem will then match His Will to yours and will fulfill your every desire.

I hereby request that you have me buried in Eretz Yisrael, where there is eternal sanctity. I do not wish to have to suffer the pain of tunneling through the earth [in the future]. Since my bank account has very limited funds, I cannot demand this of you, but please understand that this is what I really want. I want to be buried in Eretz Yisrael, even if it will not be in an important location.

If there are any funds left over in my account after arranging for my funeral, give it to my parents, who can then give it all to whichever tzedakah they see fit for the sake of my neshamah. In case my parents disagree about where the money should be given, then they should each take half of the money. The main thing is that they should not argue over this issue, and I should not be blamed for causing strife. My sefarim should be donated to an institution where there are people who are likely to use them. If any family member would like to take some of the sefarim, that would be wonderful. I give my father the authority to make that decision.

All my [other] possessions will become my parents’ property. If need be, they should divide the items between the two of them. They should use my money to have me buried in Eretz Yisrael. If I do not have enough for that, I do not obligate them to pay for it themselves, but it would certainly be a mitzvah to cover that expense. If there is any money left over, it should be given to my father to distribute to tzedakah.

I would like the Hebrew document to be honored in court. Thank you.