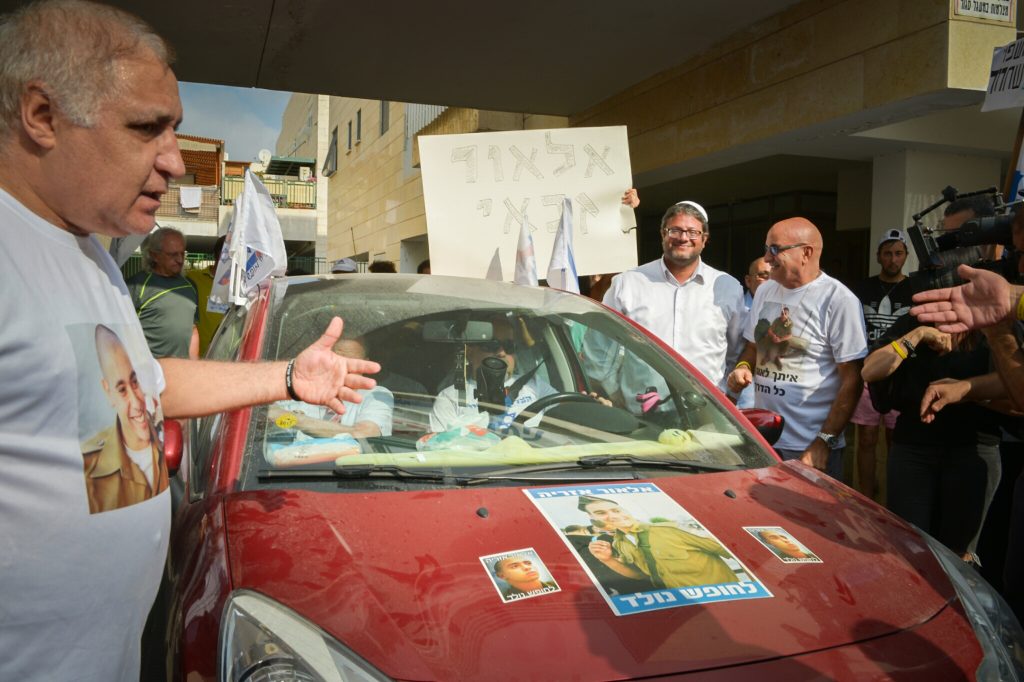 Azaria arrived at the military prison inside the Tzrifin base in central Israel on Wednesday to serve out his 18-month sentence. Azaria was accompanied by dozens of supporters who have rallied behind him since the shooting in Chevron last Purim.

Azaria, a combat medic, was recorded on cellphone video as he shot a neutralized Palestinian terrorist who had just stabbed a soldier. Azaria said he was fearful that the terrorist was not incapacitated.  He was convicted of manslaughter and conduct unbecoming an IDF soldier. Azaria was sentenced by an IDF court in February to 18 months in prison.

On Tuesday, a Military Court of Appeals declined Azaria’s request for a delay in serving his sentence for manslaughter while awaiting Chief of Staff Lt.-Gen. Gadi Eizenkot’s review of his case.

Eizenkot has agreed to consider commutation or reduction of Azaria’s 18-month sentence.

Azaria’s lawyer Yoram Sheftel argued earlier in the week that if the army chief rules favorably, his client may be spared any jail time whatsoever.

But military prosecutors on Monday opposed the request on grounds that it would set a bad precedent, resulting in other soldiers found guilty of a crime seeking delay of punishment pending requests for leniency.

“The immediacy of punishment is based on the discipline on which the military establishment rests. There is no justification for Azaria’s case to be different from those of other soldiers who request clemency; soldiers who only do so after they begin serving their sentences,” read a statement issued by the military advocate general.