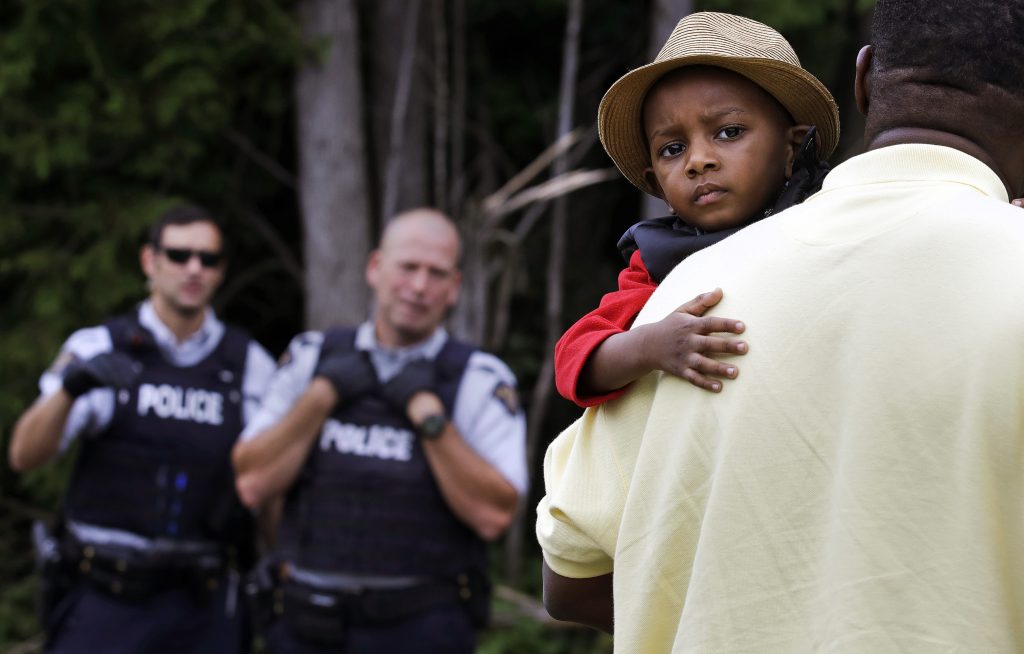 Canada has sent about 100 soldiers to a remote spot on the Quebec-New York border where asylum seekers are crossing illegally.

The Canadian military said in a statement on Wednesday that the soldiers will help the Royal Canadian Mounted Police and the Canada Border Services Agency at the site.

They are preparing a place for tents that can hold almost 500 people. They will also install lighting and heating equipment.

The military says the soldiers won’t play a role in security and won’t be helping with law enforcement, and that once the site is completed, only a few soldiers will stay behind, with the rest going back to their home base.

The migrants fear that the U.S. is becoming less welcoming and have decided to try their luck seeking asylum in Canada. Officials estimate that 400 people crossed the border at the site on Sunday alone.

The migrants use a remote back road in upstate New York to get to Canada. The Canadians arrest the migrants as soon as they step across the border, but the migrants prefer to take a chance by seeking asylum in Canada rather than risk being deported from the United States.

Canadian officials said last week that it planned to house some migrants in Montreal’s Olympic Stadium. It could hold thousands, but current plans only call for 450.