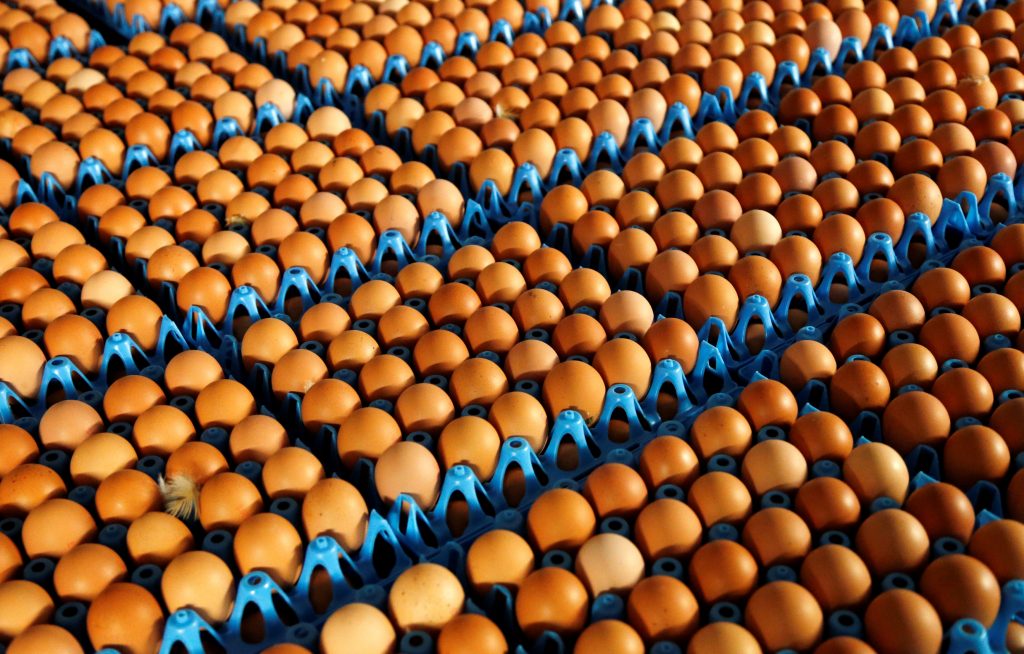 Dutch authorities knew as far back as November that some eggs in the country were contaminated with an insecticide and they failed to notify their European partners at the time, Belgium’s agriculture minister said on Wednesday.

The inspector general of the Dutch food safety authority rejected the claim, but conceded in a written statement that the authority received an anonymous tip in November about the illegal use of pesticide to disinfect stalls.

However, Rob van Lint added that, at the time, “there was not a single indication that Fipronil could also be in eggs.”

Dozens of producers in Belgium and the Netherlands are being investigated for eggs containing Fipronil, which is dangerous to human health, though no cases have been reported of people falling sick.

Millions of eggs have been pulled from supermarket shelves in Belgium, the Netherlands and Germany. Britain, France, Sweden and Switzerland have also been warned to keep an eye out.

It’s believed that the insecticide got into the food chain when it was illegally added to a product used to treat poultry for lice, fleas and ticks. An investigation is underway in Belgium and the Netherlands.

Belgium signaled on July 20 that it had found contamination in the eggs. But Belgian Agriculture Minister Denis Ducarme said that Belgium’s food safety agency has documents “that indicated the presence of Fipronil in Dutch eggs as early as the end of November 2016.”

Ducarme told Belgian lawmakers that “there was concerning this no official communication from the Netherlands.”

He said he wrote to his Dutch counterpart for an explanation, and also spoke to the European Commission’s agriculture commissioner, “who seemed to already have this information.”

“If we had seen this information communicated to our respective agencies, vigilance concerning Fipronil would have been greatly increased,” Ducarme said, suggesting that the tainted eggs scandal might have been avoided.

A European Commission spokesman said the Commission would “follow up” on the allegations.

But Van Lint, inspector-general of the Dutch food and consumer product safety watchdog, was adamant: “The reproach that we knew in November 2016 about Fipronil in eggs is wrong,” he said.

Carsten Reymann, the spokesman for Germany’s Agriculture Ministry, said he could not comment on the claim that the Dutch knew of the contamination in November. “What’s needed here is total clarity,” he said. “We have to know when this substance was used and where. And what happened to the eggs that were produced.”

Ducarme also said that food safety controls have been boosted after contaminated eggs were discovered in Belgium last month.

Almost all eggs tested in Belgium have been found to contain very low levels of the insecticide. One company tested on July 18 was found to have Fipronil levels well below the European limit. The company demanded a second opinion, and the second test actually showed levels above the maximum permitted. The company has been quarantined since July 18, Ducarme said on Wednesday.

Exposure to Fipronil can cause nausea, vomiting, headaches and dizziness. Long-term exposure to great quantities can cause thyroid, liver and kidney damage, and even lead to seizures.