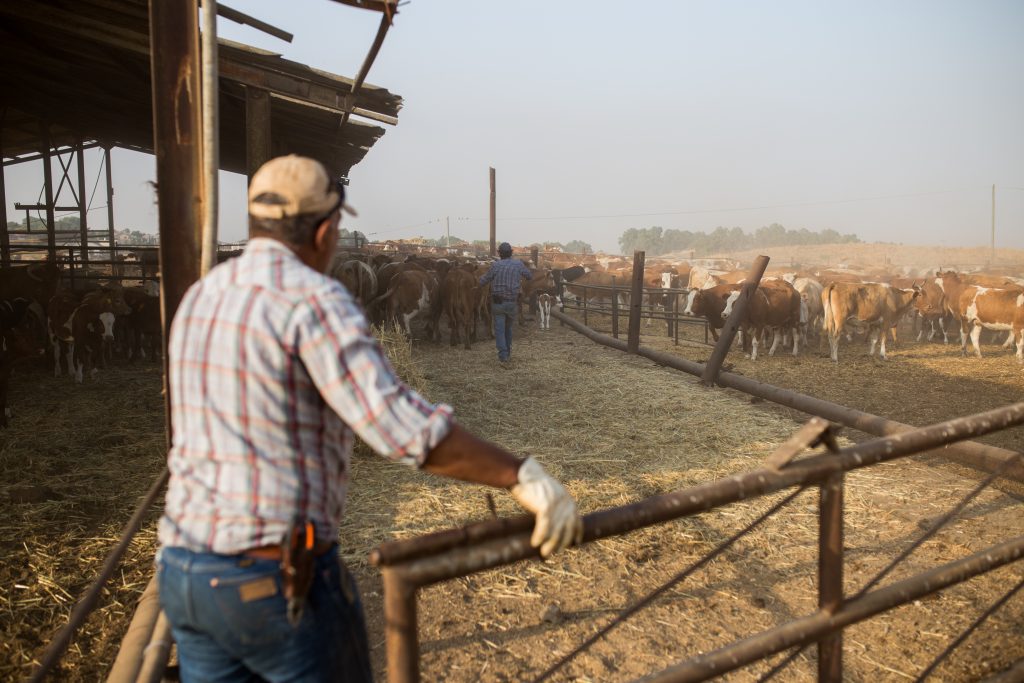 A dramatic reduction in a range of agricultural crimes plaguing the country was announced this week by the Israeli police, The Jerusalem Post reported.

In addition to farming equipment and cattle, goats, sheep, chickens and fruits and vegetables have also been the targets of gangs of thieves.

“These declines are the result of determined and uncompromising enforcement to identify the individuals and gangs involved in agricultural theft,” the Israel Police said in a statement.

“The figures unequivocally demonstrate the high efficiency of police activities in this area, which combines several layers of enforcement – including ongoing, overt and covert activity carried out by Border Police, and the use of sophisticated intelligence and technological means.”

Broshi charged that in this respect, at least, the trend has been in the opposite direction: “In recent weeks, there has been a dramatic increase in agricultural arson, despite the efforts of the security forces.”

“We must define agricultural crime as terrorism that harms the security of rural areas, and the entire country.”