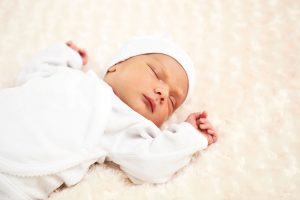 When a child is born, along with the joy and good wishes for the new parents comes much stress. Buying baby clothing, late nights, lack of sleep … and the pressure to quickly come up with a name. Pending legislation in New York State seeks to eliminate that last item.

A bill awaiting passage in the state Assembly would allow parents up to 15 days to submit a new baby’s name in an expedited manner through the hospital, up from the current limit of five days.

Under existing law, if parents have not submitted a name within five days after the child’s birth, the birth certificate will have the first name “Baby,” and the parents have to go through a significant hassle to have the proper name put on the birth certificate – akin to a legal name change. The five-day deadline can place an unnecessary burden on parents who want to take some time before deciding on a name. This is particularly true for religious Jews, who don’t name babies until the bris or kiddush.

The question of whether it is mutar for parents to write a baby’s name on the birth certificate before he or she actually receives the name at a bris or kiddush is subject to halachic and hashkafic debate, and can lead to difficult decisions for parents.

“When my first few children were born, I left the name blank on the birth certificate and later filed a correction after the bris or kiddush,” Shiya, a Boro Park father of ten, told Hamodia. “Going through the name-change process proved to be such a hassle that I resolved to choose the name within the necessary time frame for future children.

“But choosing a name is a very important decision, and I found that the first days after a child is born – when the new mother is recovering from the birth and a father is juggling taking care of the older kids and making calls about a shalom zachar – is a rather challenging time to make such a decision under pressure. Having another few days for the new parents to make a decision will really make a difference.”

Yankel, another father of a large Boro Park family, said that the deadline may have actually affected one of his children’s names.

“After one of my sons was born, we were unsure which grandfather we would name him after. Pressured by having to fill out the birth certificate, we chose one – and although by the night before the bris we really were leaning to another name, we felt we were locked into using the name on the certificate.”

The new legislation, which would extend the deadline to 15 days, seeks to eliminate such difficulties.

The bill – co-sponsored by State Senators Simcha Felder and Pamela Helming, and Assemblywoman Stacey Pheffer Amato – unanimously passed the State Senate during the recently completed term. It is expected to pass the Assembly with similarly broad support, and be signed into law by Gov. Andrew Cuomo, next term.

“As a mother, I know firsthand that any extension you can get to help attend to the myriad responsibilities of those all-important first few weeks is a big help,” says Pheffer.

“Our goal was to lessen the burden on parents so they can focus more on their new child, and less on paperwork,” says Felder. “This common-sense legislation is a genuine benefit for new parents and improves the quality of life of all New Yorkers … even those who are just a few days old.”