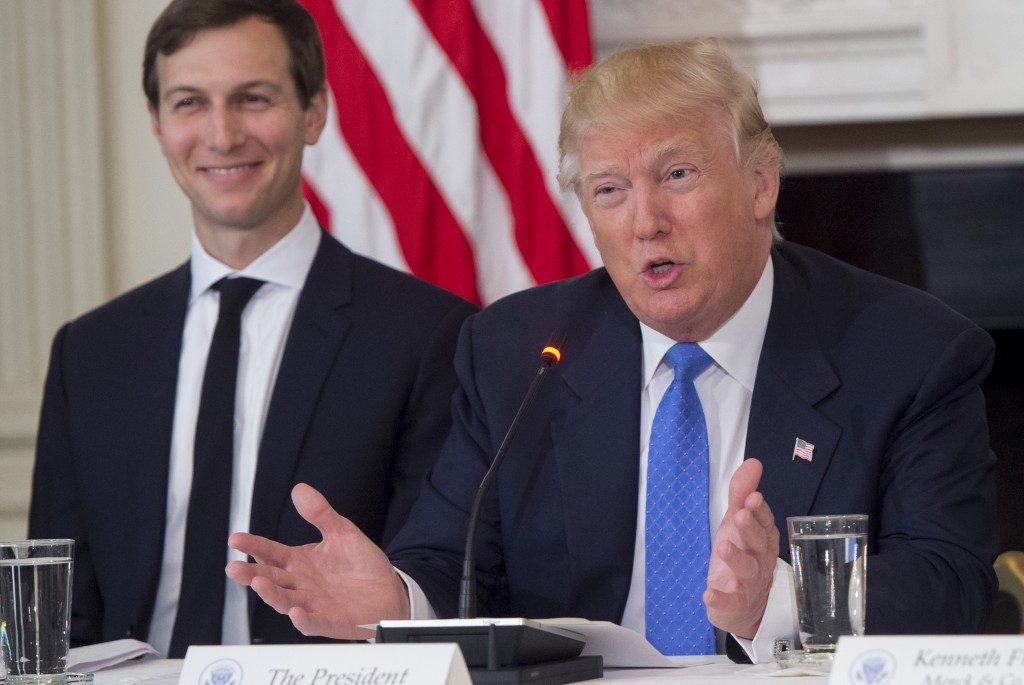 One of the great mysteries of life is how every new administration — be it in the United States, Europe, China or Russia — honestly believes that it has the magic formula for Middle East peacemaking that has eluded all of its predecessors.

Why didn’t we think of that?

In all seriousness, there are no new issues that have cropped up over the years on the Israeli-Palestinian front. As veteran U.S. peace negotiator Aaron Miller puts it, the conflict is defined by six core issues: borders, Yerushalayim, refugees, security, recognition of Israel as the nation state of the Jews, and an end to all claims. Those were the issues under President Richard Nixon in 1968 and they remain the issues under President Donald Trump, 50 years later.

That’s why it is so refreshing to hear Jared Kushner, the president’s son-in-law and senior adviser, admit that “there may be no solution [to the Middle East imbroglio].”

Speaking off the record to Congressional interns that was leaked to Wired magazine, Kushner acknowledged that “not a whole lot has been accomplished over the last 40 or 50 years. What do we offer that’s unique? I don’t know.”

But Kushner does offer something that is unique. Humility. And that could be his biggest contribution to peacemaking. Because it ensures that he will listen more than he talks, and will have modest expectations. He won’t attempt a peace deal that wraps up all the outstanding issues — akin to former U.S. Secretary of State John Kerry’s delusional plan to close a final deal within nine months, which succeeded in derailing peace talks for years.

Instead, he will seek to build confidence between himself and the sides, and between the sides themselves; to increase security for Israelis and prosperity for Palestinians. He understands that trust, the glue that holds any agreement together, takes time to develop.

“I’m sure everyone that’s tried this [peacemaking] has been unique in some ways, but again we’re trying to follow very logically,” Kushner said. “We’re thinking about what the right end-state is. And we’re trying to work with the parties very quietly to see if there’s a solution.”

The willingness to work quietly also requires humility. Kushner’s predecessors — blinded by their need to be in the limelight (nothing guarantees front-page coverage like a Middle East peace conference in Madrid or Oslo or Washington) and their conviction that they possess a rare genius that enables them to solve problems that no one before them could — engaged in shuttle diplomacy that inevitably crashed.

The hyperactive peacemakers who fly from exotic capital to exotic capital — Kerry is only the latest example, but there were many who preceded him — end up sabotaging any hopes for peace by raising expectations that are impossible to meet.

The Obama administration, in treating Israel with utter disdain and forcing it to accept building freezes even in Yerushalayim, took away any incentive for the Palestinians to respond with gestures of their own, dooming their peace efforts.

The Trump administration has restored America’s historic friendship with Israel, raising it to new heights and sending a clear message to PA chairman Mahmoud Abbas that Washington expects him to contribute to the peace process.

Kushner is a deal-maker, and a very successful one at that, judging by his track record in business. And successful deal-makers know the importance of being realistic, which is also critical in striking a deal between Israel and the Palestinians.

As Aaron Miller wrote in his advice to the incoming Trump administration, the key to peacemaking is lowered expectations. (He told the story of a shopkeeper who posted a sign on his window: “If you can’t find what you’re looking for, just lower your expectations.”)

Does Kushner’s statement that “there may be no solution” mean that the president was wrong in picking him for the job, or in predicting that “if you can’t produce peace in the Middle East, nobody can”?

Not at all. It means that Kushner is a different breed of diplomat who puts his ego on the side and gets to work. And that could be exactly what it takes to breathe new life into Middle East peacemaking.