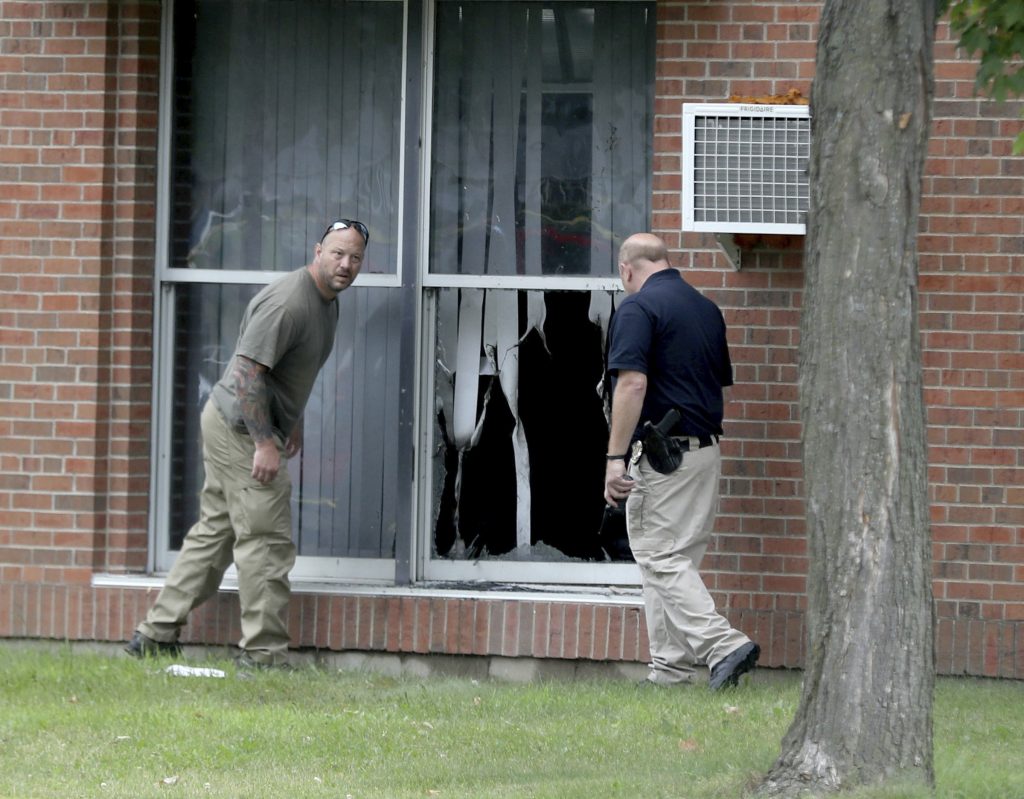 Since a makeshift bomb tore through a Minnesota mosque early Saturday morning, President Donald Trump has used Twitter, his preferred platform for communicating with the American people, to rail about “fake news,” attack a Democratic senator from Connecticut and insist that he’s working hard while vacationing in New Jersey.

One topic Trump has yet to address: the mosque attack at the Dar Al-Farooq Islamic Center in the Twin Cities suburb of Bloomington, where several people were gathering for prayer. Nobody was injured, authorities said, but the attack has left the Muslim community feeling unsettled.

And Minnesotans and others are still waiting for the president to condemn the attack.

“Silence on the part of public officials at the national level only serves to empower Islamophobes,” Ibrahim Hooper, a spokesman for the Council on American-Islamic Relations said in a statement calling for Trump to condemn the attack, according to the Los Angeles Times.

“We are wondering why President Trump has not tweeted about this,” Asad Zaman, director of the Muslim American Society of Minnesota, told BuzzFeed News. “He seems to want to tweet about security and terror issues.”

On Sunday, the Department of Homeland Security released a statement saying that Acting Secretary Elaine Duke was “aware” of the explosion and that the agency was in “close contact” with investigators and community leaders.

“The Department of Homeland Security fully supports the rights of all to freely and safely worship the faith of their choosing and we vigorously condemn such attacks on any religious institution,” the statement said. “We are thankful that there were no injuries, but that does not diminish the serious nature of this act.”

New York Times White House correspondent Glenn Thrush tweeted an email statement from the White House Monday. According to Thrush, it read: “The President has been and is continuing to be updated and we are monitoring situation for now.”

“While it is fortunate that no lives were lost, and the physical damage is reparable, the FBI recognizes the pain and anger of our communities anytime a place of worship is attacked and we will work hard to hold those responsible accountable,” Thornton said in a statement.

But many Muslims and others want Trump to denounce the attack.

Minnesota Gov. Mark Dayton said the “terrible, dastardly, cowardly act” was “an act of terrorism” while visiting the center Sunday, reported the Minneapolis Star Tribune. “The destruction done to this sacred site is just unthinkable, unforgivable,” he said. “I hope and pray the perpetrator will be caught and prosecuted to the full extent of the law.”

Dayton was joined by the state’s lieutenant governor, the mayor of Bloomington and state Rep. Andrew Carlson and state Rep. Ilhan Omar, the first Somali-American elected to the Legislature. Also in attendance was Rep. Keith Ellison, a Democrat and the first Muslim elected to Congress, who said he was heartened by how the community had rallied around the mosque, reported the Star-Tribune.

“This is the right spirit and there is no better way to condemn the person who would throw a bomb into this mosque than to react in a loving, kind, inclusive way,” Ellison said.