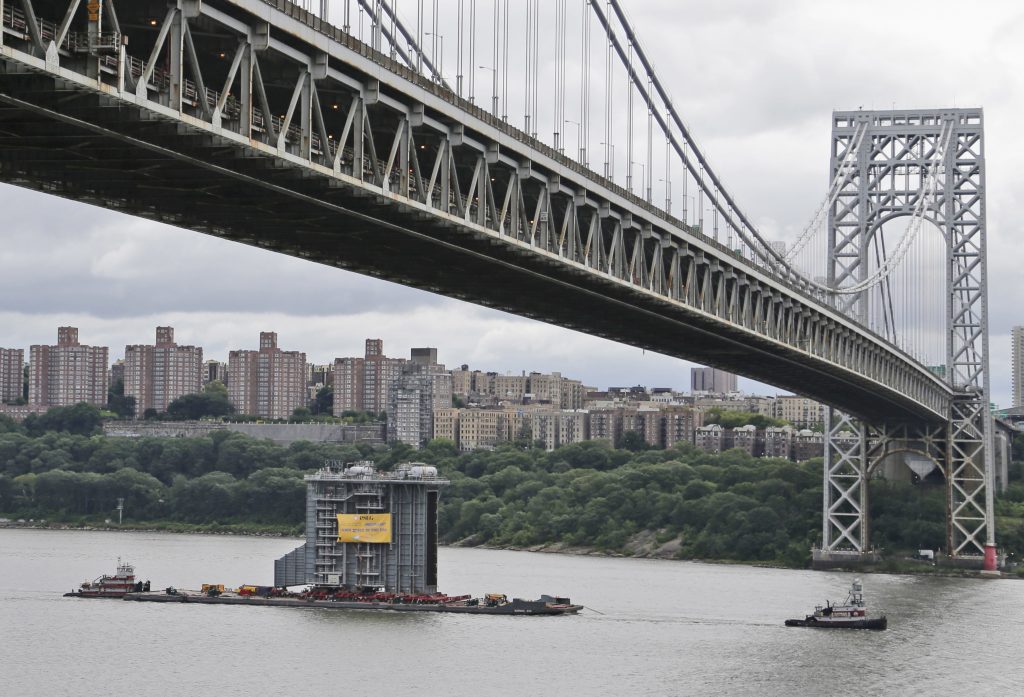 A huge steam generator is making its way down the Hudson River toward its home at a New Jersey power plant.

The $195 million heat-recovery steam generator left the Port of Coeymans near Albany on Monday morning.

On Tuesday, the structure passed beneath the George Washington Bridge on a barge.

The destination of its 170-mile voyage is Seawaren, on the Arthur Kill separating New Jersey and Staten Island.

The generator is a component of a $600 million power plant being built by PSEG.

It is 130 feet tall and weighs 8 million pounds. The equipment is the latest large structure built at the privately owned port, which is marking its 10th anniversary this month.