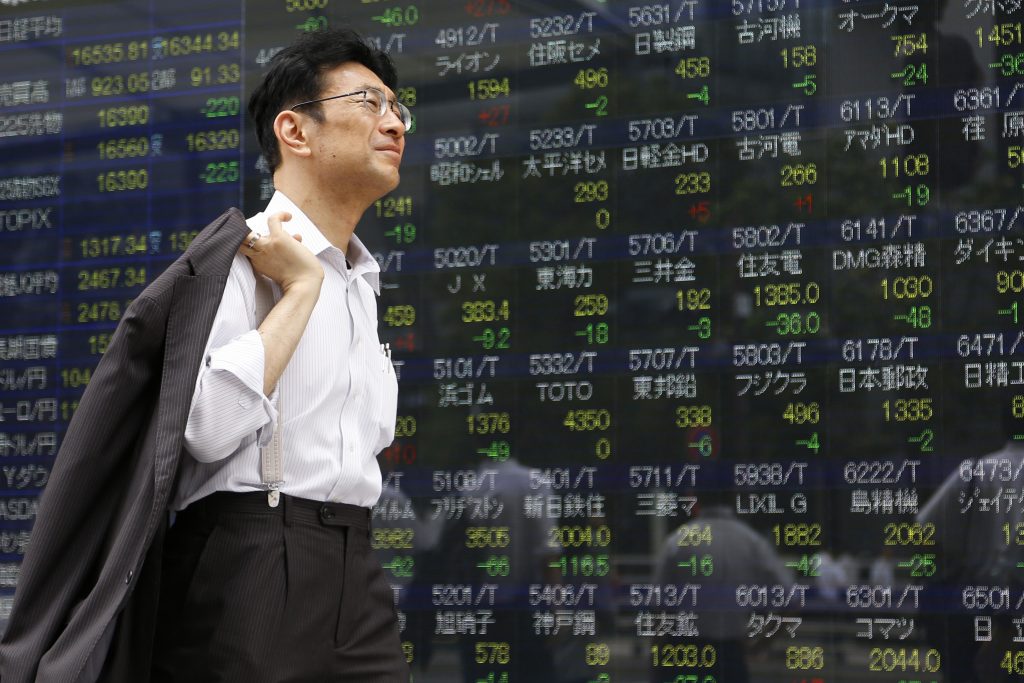 MSCI’s broadest index of Asia-Pacific shares outside Japan proved relatively resilient, inching up 0.2 percent and back toward decade highs.

Futures for the main European indices were all down slightly in early trade, with the Eurostoxx 50 off 0.2 percent.

Beijing reported that exports and imports both grew much less than expected in July, seemingly breaking a run of better numbers from the Asian giant that had fuelled optimism on global growth and a rally in industrial commodity prices.

Yet, some felt the softness was overstated.

“Imports of commodities came in better than expected, with the normal seasonal downturn seemingly delayed for another month,” said Daniel Hynes, a senior commodity strategist at ANZ.

“It supports our view that the outlook for China’s demand for commodities remains broadly positive.”

Ratings agency Fitch this week lifted its outlook for the world economy for this year and next.

“The revisions are led by emerging markets and China in particular, whose recovery has been more pronounced than anticipated,” said Fitch chief economist Brian Coulton.

“Data continue to suggest a synchronised global expansion across both advanced and emerging market economies. Spill-overs from the rebound in emerging market demand are reflected in the fastest growth in world trade since 2010.”

Volumes were light as the news flow dried up with the U.S. Congress and President Donald Trump on vacation and a bumper profit season drawing to a close.

“Earnings have been strong, liquidity is abundant and the message from corporate CEO’s around the world was loud and clear,” said Chris Weston, chief market strategist at broker IG.

“They are not concerned with Trump, geopolitics or trade restrictions, they see earnings growth as the main game in town and equity investors are aligned with this outlook.”

He noted customers’ cash holdings at investment manager Charles Schwab were historically low at just 11.5 percent of assets. “Traders and investors are all in on this market.”

The same factors have spurred demand for a range of industrial commodities.

Copper futures hit a two-year peak on Monday, while Chinese rebar steel futures surged as much as 7 percent to their highest in more than four years.

Currencies were quieter as the dollar tried to keep a grip on the gains made after upbeat U.S. jobs data last week. Traders are awaiting U.S. inflation data later in the week but it is widely expected to remain tepid, adding to views the Federal Reserve will maintain a cautious policy tightening stance.

Oil prices following a recovery in output at Libya’s largest oil field and as doubts about OPEC-led production cuts continue to weigh on the market.