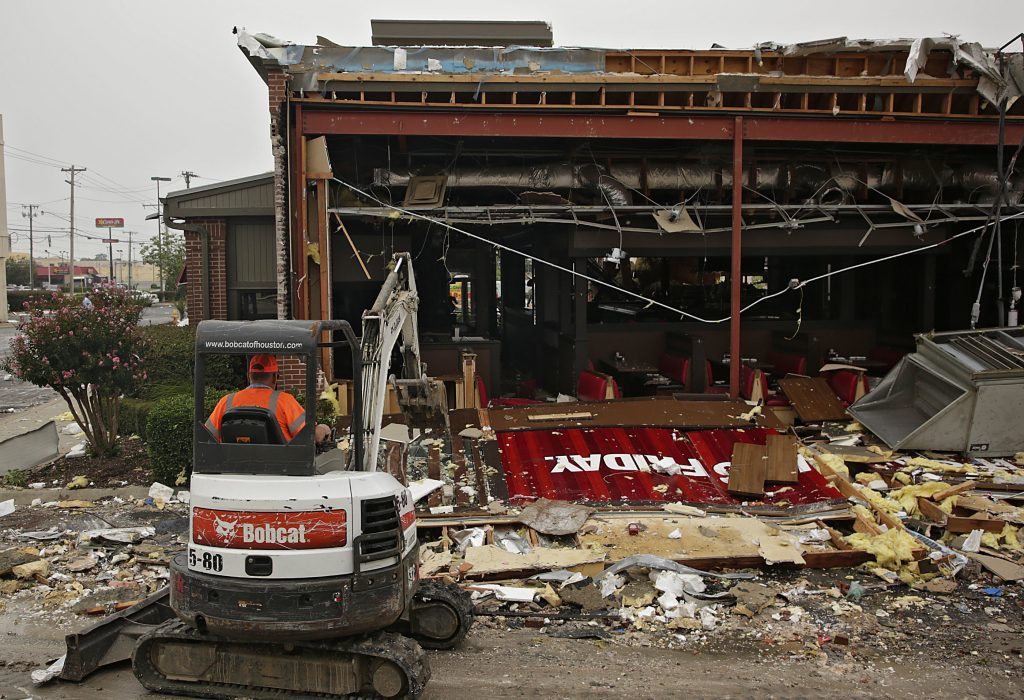 Meteorologist Bart Haake said Monday that the Tulsa tornado touched down at 1:19 a.m., Sunday. Eight minutes later an EF1 tornado struck the southeast Tulsa suburb of Broken Arrow and an EF1 tornado then touched down five minutes after that near Oologah, about 20 miles northeast of Tulsa.

No injuries are reported from the last two twisters.