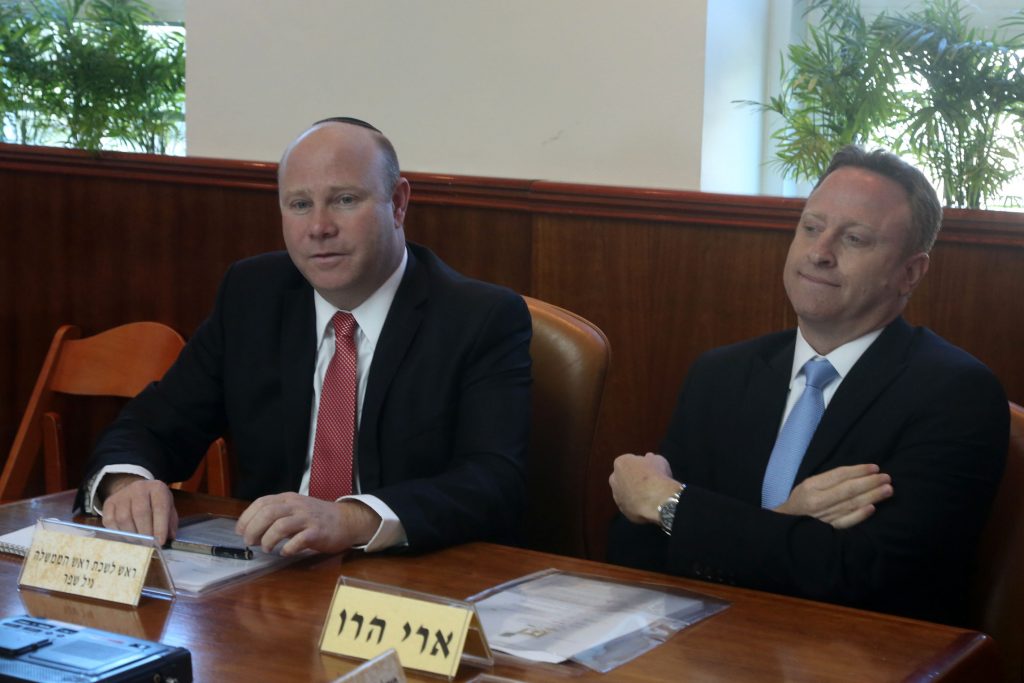 Observers who expect his testimony to single-handedly bring down Prime Minister Binyamin Netanyahu are in for a disappointment, Ari Harow, former chief of staff for the Prime Minister, told Channel Two Sunday night. “I am being accused of a crime that has nothing to do with Netanyahu, and I believe I am innocent,” he told Channel Two reporters in comments that were broadcast Sunday night. “The issue is not whether Netanyahu or I go to jail, but rather whether I go to jail for no reason,” he said.

The specific crime Harow is accused of has not been publicized, but the deal will ensure that he does not go to prison for it. Under the terms of the deal, Harow will pay a fine of NIS 700,000, and perform public service work for 18 months.

Harow signed the deal last Friday, and it has led to much speculation that he is to give testimony in the coming days on one or both of two investigations by police against Netanyahu: Case 1000, in which Netanyahu was accused of accepting extravagant gifts from millionaire Arnon Milchin, and Case 2000, in which the Prime Minister allegedly leaned on the publishers of Yisrael Hayom to limit distribution of their free newspaper in order to benefit from better coverage in rival newspaper Yediot Acharonot. The signing of such a deal is usually an indication that solid testimony is being offered, and reports over the weekend said that Harow would provide police with evidence of influence peddling by Netanyahu.

But the deal has nothing to do with incriminating Netanyahu, he said. “Most people think of a turning state’s evidence as someone who ‘delivers’ his boss to the authorities, but that is not correct. Case 2000 had nothing to do with me, and even though it will take time, people will eventually understand that neither I nor my testimony is what they expect it to be.” Whatever he did in the context of that case, Harow said, “did not seem then, nor does it now seem to be a crime, although I am not the one to determine this.”

Sources close to the investigation confirmed Harow’s comments. Speaking to the NRG news site, the sources said that Harow “is no Shula Zaken,” referring to the aide whose testimony was key to the conviction of former Prime Minister Ehud Olmert on corruption charges. “Harow was certainly involved in the doings of Case 2000, but the State Attorney will have a very hard time proving corruption, because give and take with the media is part of the daily fare of politicians in Israel. Netanyahu did not invent this.”

In any event, the sources said, it would likely take as long as a year for the State Attorney to decide whether or not to recommend Netanyahu be indicted.