World In Raqqa, a Battle of Attrition as Civilians Flee in Shock
World 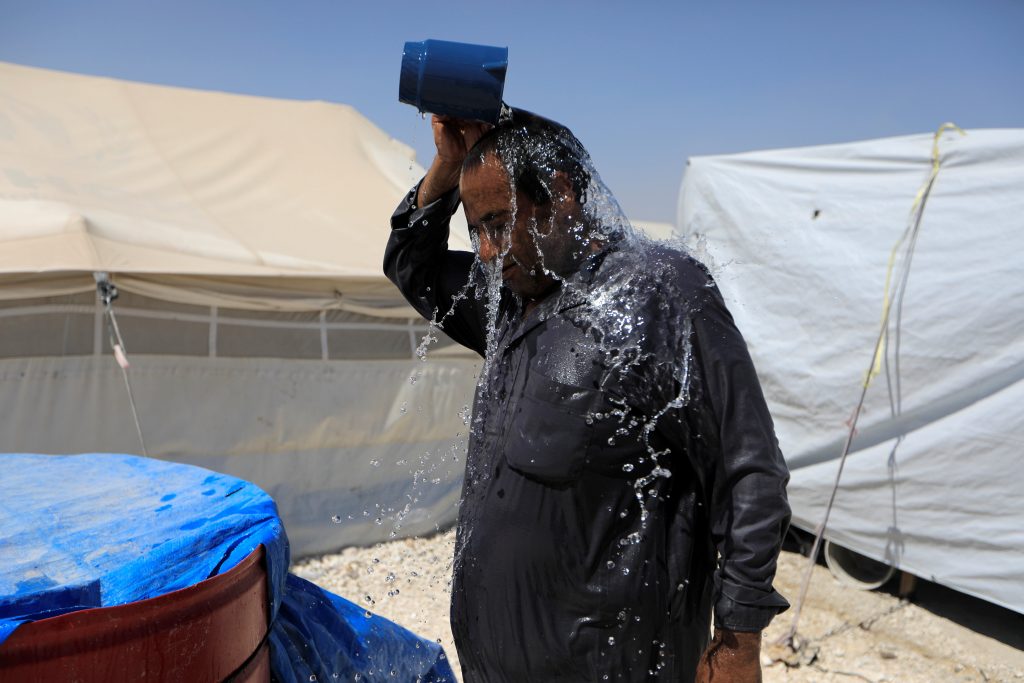 As U.S.-backed forces in Syria inch their way through Raqqa, once the Islamic State’s de facto capital and staunchest stronghold, their battle has become one of grinding attrition, and the toughest they have faced to date.

At times they are fighting house-to-house, battling suicide attacks in narrow streets as they wait to see if the terrorists will send more bombs among fleeing civilians.

“The battle for Raqqa is completely different to anything we have fought before. ISIS is defending its capital now,” said Mustafa Bali, a spokesman for the Kurdish-dominated militia — known as the Syrian Democratic Forces, or SDF — that Washington has backed to retake swaths of Syria controlled by the Islamic State.

Previous offensives have ended when the terrorists retreated, apparently deciding to conserve manpower ahead of more consequential battles. This time, Bali said, there would be no escape.

“Raqqa is completely surrounded,” he said. “They are fighting to the death.”

Col. Ryan Dillon, a spokesman for the U.S.-led coalition in Iraq and Syria, said last week that, after two months of heavy fighting in the north-central Syrian city and with U.S.-backed militiamen attacking from three directions, the Syrian Democratic Forces hold 45 percent of Raqqa, a figure that has remained unchanged for more than a week.

While the Pentagon insists that its proxy force is making daily progress backed by U.S. airstrikes, the Islamic State is ensuring that the U.S.-backed units disproportionately pay for each foot of ground. Unlike Iraqi forces that cleared Mosul with tens of thousands of troops and reserves as backup, the SDF has significantly smaller numbers and fewer pieces of heavy equipment, such as armored vehicles and tanks.

Estimates of the number of civilians trapped inside Raqqa range between 10,000 and 25,000. As the fight progresses and civilians flee, district-by-district, the city is emptying out. According to an assessment by the Reach Initiative, a nonprofit survey group, 14 of its 24 neighborhoods have been abandoned. For those who remain, access to food is critically low as prices skyrocket and daily airstrikes make trips to the market a terrifying prospect.

Residents say their kitchen shelves fill up only when neighbors flee. Tim Ramadan, a media activist operating under a pseudonym, said the family next door had handed him their house key as a parting gift and told him to eat.

Inside, he found moldy bread, olives, thyme and dried noodles. “I hadn’t eaten for days,” he said.

Thousands of civilians are believed to have fled Raqqa in recent weeks, often with smugglers under cover of darkness. It is a perilous escape.

Doctors Without Borders said last week that its medics treated more than 400 wounded civilians, many of whom were injured by sniper fire or land mines on their way out.

After treating young children across internationally supported clinics and displacement camps, pediatricians said they are witnessing signs of shock more severe than anything in their medical careers.

“I’ve never seen 2-year-olds who didn’t fight the doctor examining them. But these children did nothing; they just lay there as if it was surrender,” said Rajia Sharhan, a doctor with the United Nations children’s agency, UNICEF.

Aid groups have warned that three years under Islamic State control could have far-reaching consequences for children who do escape.

“What you see in their eyes is shock. They’ve survived the bombing and shelling. They’ve been bound to their mothers’ chest on the escape and heard the screams over and over. They have already lost their childhood,” Sharhan said.

State Department officials estimate that it will take months, if not years, to clear Raqqa of unexploded munitions and booby traps after the Islamic State is routed. After years of control, much like in the Iraqi city of Mosul, the terrorist group has likely perfected the ability to conceal and plant mines and other devices that will maim and kill people long after the battle is over.

They have been hidden inside doorways, generators and even corpses.

Dillon, the coalition spokesman, said that 80 percent of the attacks on SDF forces have come from improvised explosive devices, some of which are rigged to collapse entire homes after fighters enter.

The offensive has intensified pressure on the Islamic State as it defends what remains of its self-declared caliphate. In Iraq, the group lost control of Mosul last month after a nine-month battle that destroyed swaths of the city it left behind.

In its Syrian territory, there are now signs that the jihadists are facing growing manpower problems.

Photographs shared on social media last week showed an Islamic State communiqué announcing mandatory conscription for men between the ages of 20 and 30 in and around the eastern city of Deir al-Zour.

That raises the prospect that many of the area’s remaining tens of thousands of civilians could be coerced into becoming military targets for the SDF and the U.S.-led coalition.

In a Whatsapp message sent late Saturday, one 25-year-old, speaking on condition of anonymity, said he was scared of what would follow. “We have less than a week to escape from here,” he said. “Otherwise we will be taken by force.”