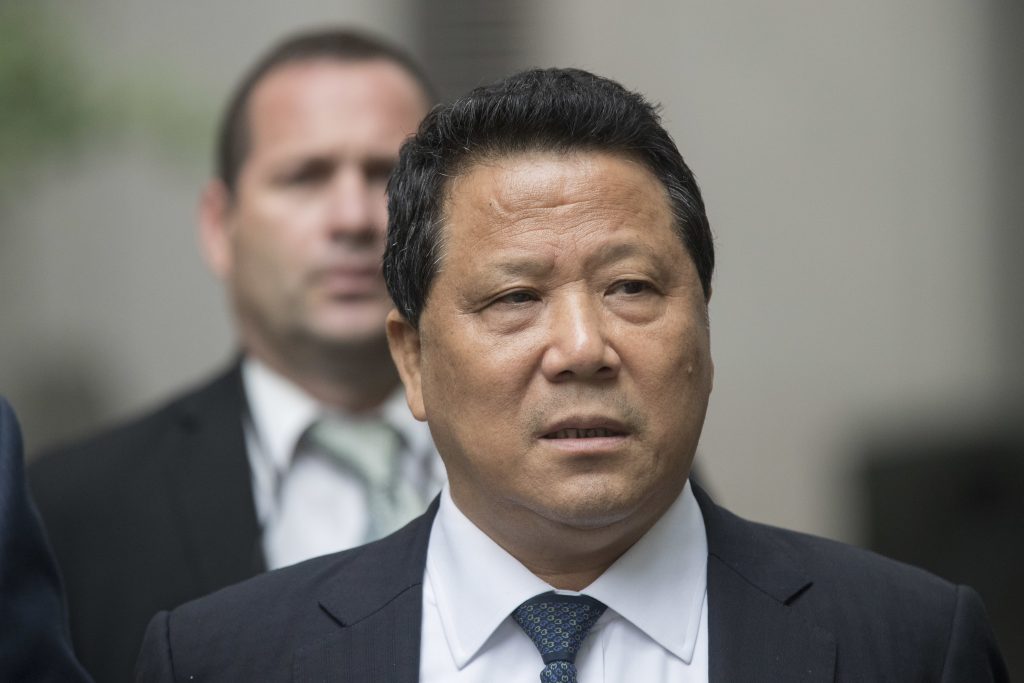 A Chinese billionaire convicted of bribing United Nations diplomats can stay out of jail for now.

A federal judge in New York said Monday he’ll let Ng Lap Seng (ihng-LAP’-sihng) remain under house arrest at his luxury apartment in Manhattan until he is sentenced.

But he set new rules for the 69-year-old businessman.

He won’t be able to meet privately with business associates anymore.

Ng Lap Seng has spent nearly two years under 24-hour guard at his apartment as part of a $50 million bail package.

Prosecutors had asked that he be jailed following his conviction.

Ng could face up to 65 years in prison for paying over $1.7 million in bribes.