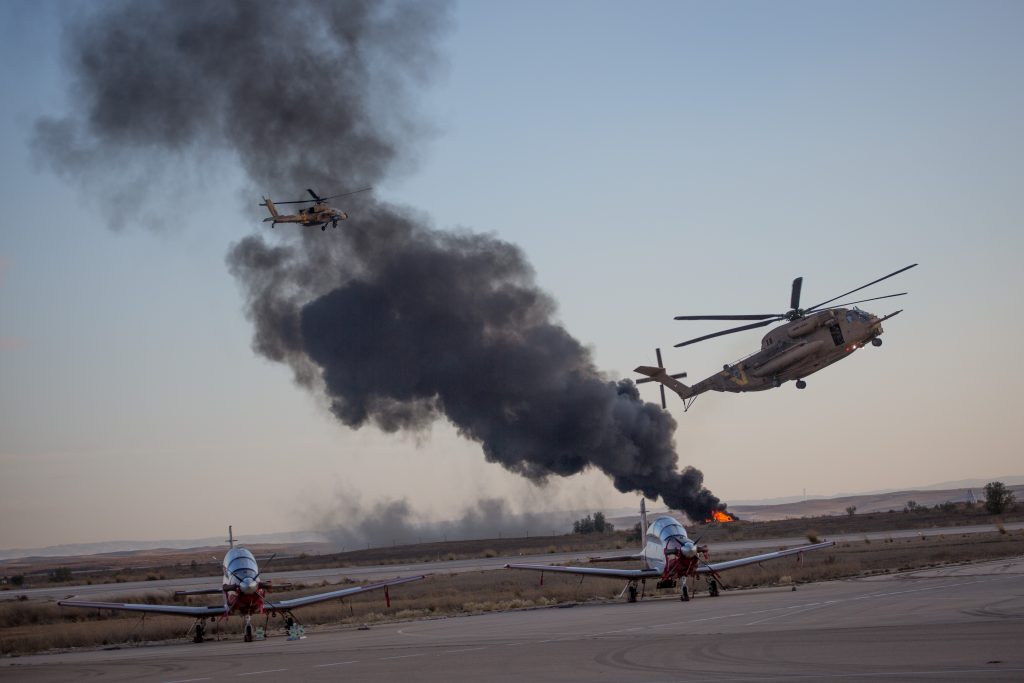 An Israeli Air Force Apache helicopter crashed Monday night at 9 P.M. The pilot, Reserves Maj. Dovid Zohar, was killed, and the co-pilot was critically wounded and taken to a hospital where doctors are fighting to save his life.

The pilots had been landing the helicopter at the Ramon base in southern Israel after routine training not far from the base. As the helicopter was landing and had already reached the height of the control tower, the senior pilot reported a technical issue without detailing its nature. Within seconds, the helicopter was seen falling to the ground and crashing between the airport runways.

The commander of the Air Force immediately appointed an investigative committee that has already arrived at the base and begun its investigation. A parallel, broader investigation will also be opened into failures in the Apache system as a whole. Until the investigations are completed and tests are conducted, the Air Force has decided to discontinue use of this particular Apache helicopter model.

Overnight rumors about the presence of a high-ranking security official on the affected helicopter are baseless.