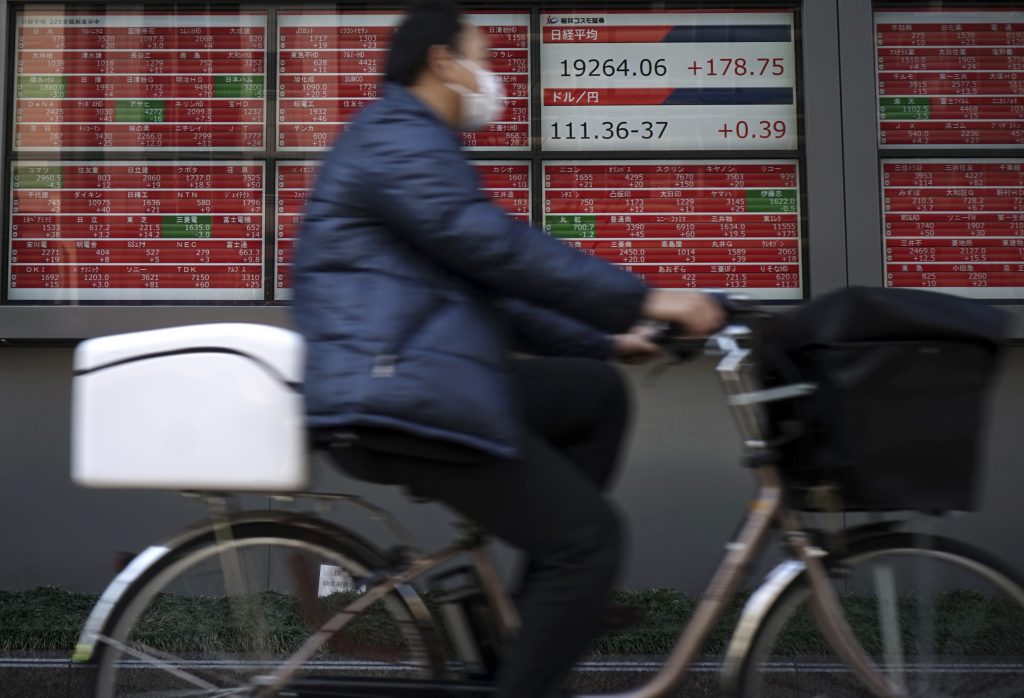 The U.S. dollar dipped slightly but held on to most of Friday’s gains – its biggest daily rise this year – made after data showed the United States created more jobs than forecast last month.

For those watching second-quarter corporate results in recent weeks, there have been many such surprises. Of the nearly 1,000 companies in the MSCI world index that have reported, 67 percent have beaten expectations, according to Reuters data.

“The US made the most noise last week….  At the start of the new week, risk sentiment improved in Asia with investors continuing to show a certain degree of risk affinity,” DZ Bank strategist Rene Albrecht said.

Aside from a slight weakening in the Korean won, there was little financial market reaction to the news over the weekend that the U.N. Security Council unanimously imposed new sanctions on North Korea aimed at pressuring Pyongyang to end its nuclear program.

South Korean President Moon Jae-in and his U.S. counterpart, Donald Trump, agreed in a telephone call on Monday to apply maximum pressure and sanctions on North Korea, while China expressed hope that North and South Korea could resume contact soon.

Yields on U.S. and German government bonds – seen as a safe haven in times of stress – rose off one-month lows hit at the tail end of last week.

A strong rise in U.S. and Asian stocks propelled the world index to a new high, with the strength of the euro providing a bit of a headache for European markets.

Japan’s Nikkei and Chinese blue chips both added over 0.5 percent, with the latter bolstered by bets for strong economic data from the world’s second largest economy this week.

The euro zone’s main stock index was a touch lower, however, as the single currency headed back toward a 20-month high, a trend which appears to be denting profitability in certain sectors.

Of the MSCI Europe companies having reported, 61 percent have either met or beat expectations. But focusing on industrial firms – of which many depend on exports, and are sensitive to a stronger euro – the beat ratio is just 37 percent.

Growing signs of labor market tightness offer U.S. policymakers some assurance that inflation will gradually rise to the central bank’s 2-percent target, and likely clear the way for a plan to start shrinking its massive bond portfolio later this year.

But market pricing shows investors are still about evenly divided over whether the Fed will also opt to raise rates again in December.

For some analysts, Monday’s pullback in the dollar backs some views in markets that Friday’s rally may not have legs.

The dollar index, which tracks the greenback against a basket of six global peers, inched back 0.2 percent to 93.361. It rallied 0.76 percent on Friday, its biggest one-day gain this year.

“The most logical view here is that the moves on Friday were clearly just a sizeable covering of USD shorts, from what was one of the biggest net short positions held against the USD for many years,” Chris Weston, chief market strategist at IG in Melbourne, wrote in a note.

For the dollar rally to gain momentum, the market needs to change its interest rate pricing, Weston added.

Gold steadied as the dollar surrendered some of its gains, but remained under pressure. The precious metal was marginally lower at $1,257.41 an ounce, extending Friday’s 0.8 percent loss.