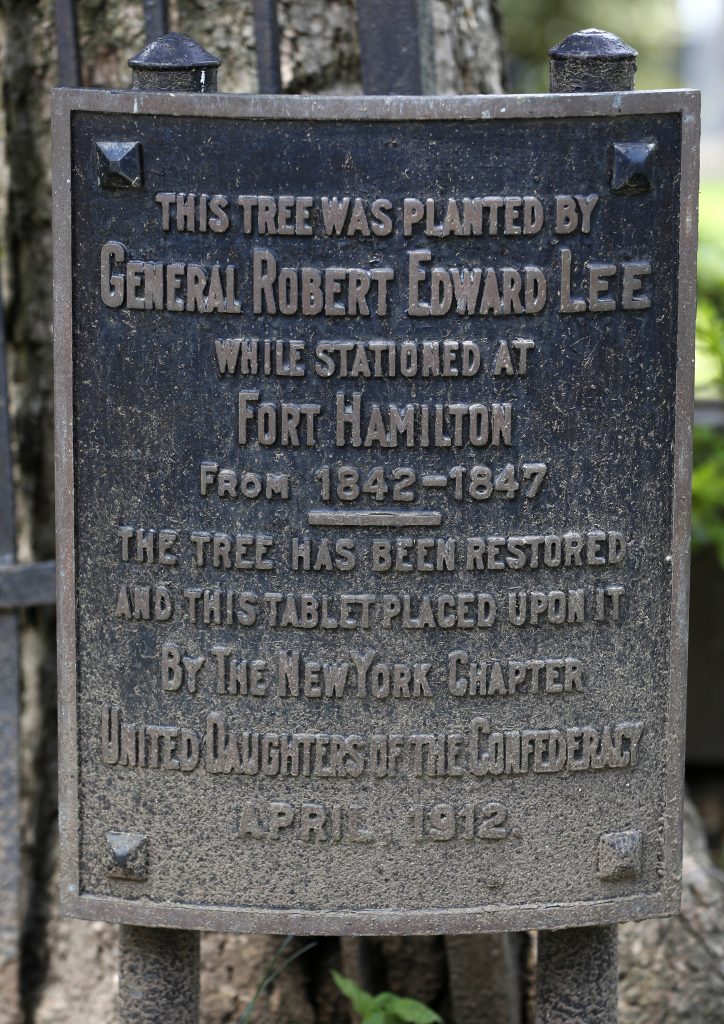 The U.S. Army has rejected a request from several Congress Members to rename two streets in a Brooklyn Army base that are named after Confederate generals.

In a letter sent to then-Acting Army Secretary Robert M. Speer in June, Rep. Yvette Clarke, joined by fellow Brooklyn Democratic Reps. Jerrold Nadler, Nydia Velazquez and Hakeem Jeffries, requested that the Army rename General Lee Avenue and Stonewall Jackson Drive in Fort Hamilton, a military base located under the Brooklyn side of the Verrazano-Narrows Bridge.

“To honor these men who believed in the ideology of white supremacy and fought to maintain the institution of slavery constitutes a grievous insult to the many thousands of people in Brooklyn who are descendants of the slaves held in bondage,” read the letter. “Both Robert E. Lee and Stonewall Jackson disavowed their loyalty to the United States and their commitment to our Army, inflicting hundreds of thousands of casualties on soldiers wearing the blue uniform of our nation.”

The Congress Members said that having the streets named after the Confederate generals “effectively honors two individuals who fought to deny our humanity,” and noted that “other monuments to Confederate leaders – most recently a statue of Robert E. Lee in New Orleans – have been removed for this very reason.”

In reply, Diane M. Randon, a senior military official speaking on behalf of Speer, recognized “the significance and sensitivity of this issue,” but said that streets on military bases “are often named for a Soldier who holds a place of significance in our military history,” and that “the great generals of the Civil War, Union and Confederate, are an inextricable part of our military history.

“The men in question were honored on Fort Hamilton as individuals, not as representatives of any particular cause or ideology. After over a century, any effort to rename memorializations on Fort Hamilton would be controversial and divisive. This is contrary to the Nation’s original intent in naming these streets, which was the spirit of reconciliation.”

In response to the rejection, Rep. Clarke said that the “reconciliation” referred to was actually “complicity by the North and South to ignore the interests of African Americans and enforce white supremacy, effectively denying the result of the Civil War for generations.” Clarke said that the United States is “still living with the failure of this nation to fully accept that result, as well as the post-Civil War amendments that were ratified to establish the freedom of women and men who had been held in bondage.”

Clarke also said that concerns over a potential name change being controversial are “nonsense.”

“These monuments are deeply offensive to the hundreds of thousands of Brooklyn residents and members of the armed forces stationed at Fort Hamilton whose ancestors Robert E. Lee and Stonewall Jackson fought to hold in slavery.”

Clarke vowed to “continue to petition the Department of the Army” to have the street names changed.

There is another memorial to Lee near Fort Hamilton: A maple tree on the grounds of St. John’s Episcopal Church, near the fort, bears a plaque that reads: