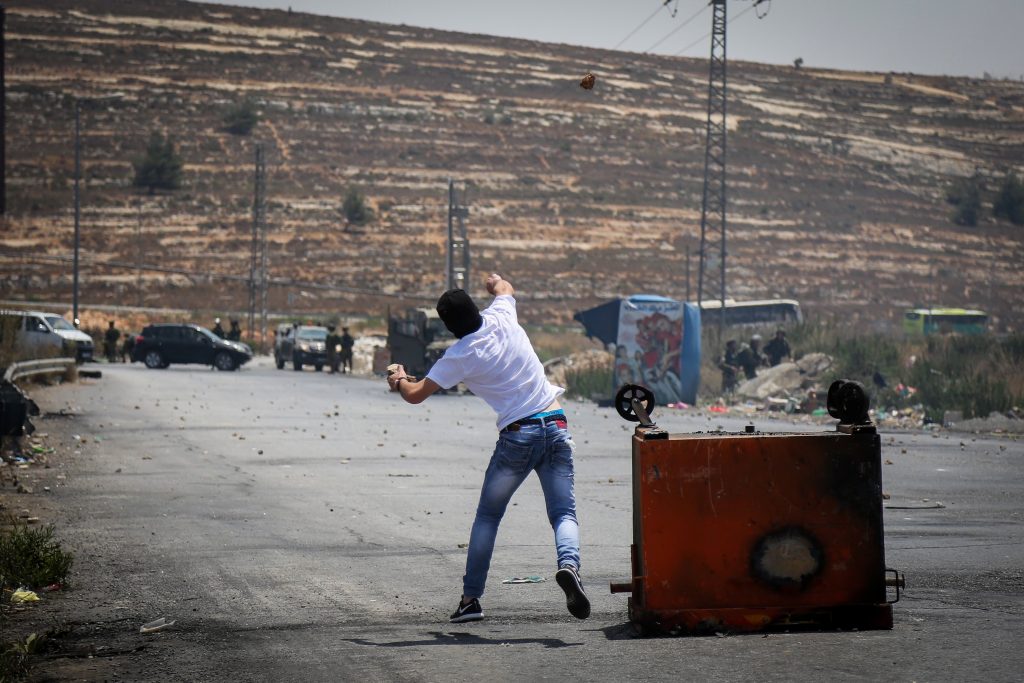 Ten-year-old Shmuel David was still in the hospital on Sunday, receiving treatment for a head wound suffered when Palestinians threw rocks at a bus in the northern Shomron on Thursday, Arutz Sheva reported.

The driver had warned his passengers, mostly children and a few parents, that they would be passing through hostile territory; unfortunately, he was proven right.

“We were on our way to the center of the country,” his mother, Rochel, said. “When we left Sa-Nur we passed an [Arab] village. At the entrance to the village we saw that Arabs were burning tires, and we saw youths standing with rocks in their hands by the side of the road.”

Despite a soldier firing two warning shots from an army jeep leading the way, the bus was pelted with large rocks.

“It was very frightening. We heard rocks hitting the bus from all directions…We thought that the missiles would not penetrate a protected bus.”

But a rock somehow crashed through a reinforced window and struck Shmuel David.

He was subsequently evacuated to a nearby hospital where they stitched a large, open wound in his head, and then kept him under observation because of internal bleeding.

In a separate incident on Sunday, a Jewish man, about 50, was attacked and beaten on his way to a yeshivah in the Old City of Yerushalayim.

Police officers passing by arrested the assailant, but not before he had delivered several blows to the man’s head.

The victim filed a formal complaint against his attacker at the local police station before being evacuated for medical treatment.

“My client was brutally attacked in the Old City simply for being a Jew,” said Nadav.