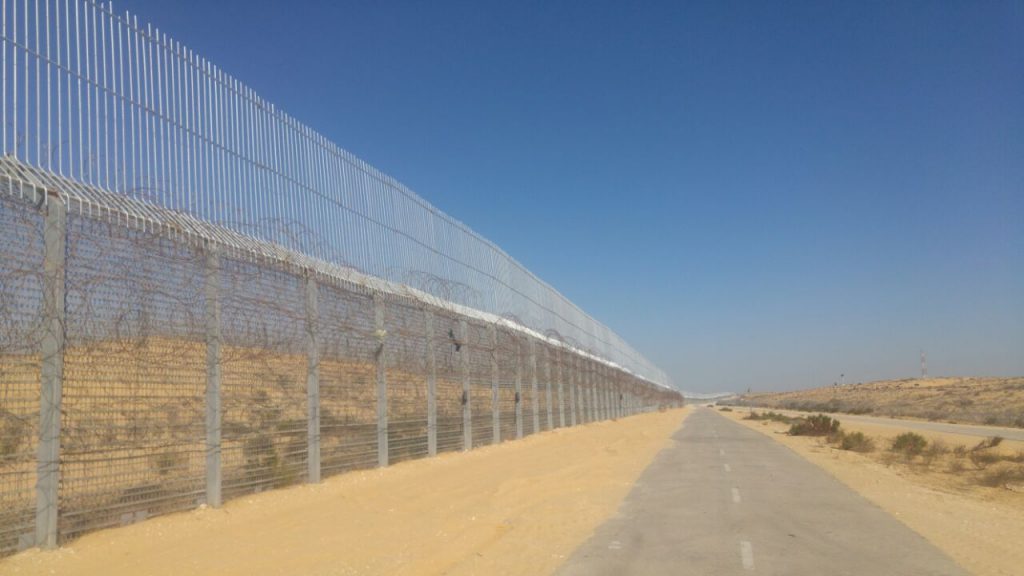 A total of 18 people sneaked over the border to get into Israel in 2016, the Central Bureau of Statistics has announced. The 18 were caught crossing the Sinai border in separate incidents after traveling from African countries. According to the CBS, 3,000 migrants who entered Israel in previous years returned to their home countries.

That doesn’t mean that Israel no longer has an illegal immigrant problem. The preferred method for illegals to enter Israel today is legally, on a work or tourist visa, which they let lapse, and remain in the country working. At the end of 2016, there were some 169,000 foreign workers in Israel, with 95,000 entering on a work visa, and 74,000 on a tourist visa.

Of the latter category, all were technically illegals, as tourists in Israel are not allowed to work. Of those who entered on a work visa in 2016, 65 percent were from Asian countries, and 32 percent were from Europe. Altogether, workers from 100 countries entered Israel for work purposes. The main countries supplying Israel with workers were Ukraine, Uzbekistan, Moldova (26 percent), Thailand (16 percent), Philippines (13 percent), India (11 percent), Sri Lanka (5 percent), China (5 percent), and Turkey (4 percent).

Besides the foreign workers who came to Israel by plane, and despite the fact that 3,000 left, there were still 40,000 migrants who in previous years entered Israel by entering from Sinai. Of that number, 71 percent were from Eritrea, and 20 percent were from Sudan, with the balance from other African countries and from Egypt. At the end of 2015, there were 183,000 foreign workers, legal and illegal, and an additional 43,000 who had sneaked over the border.