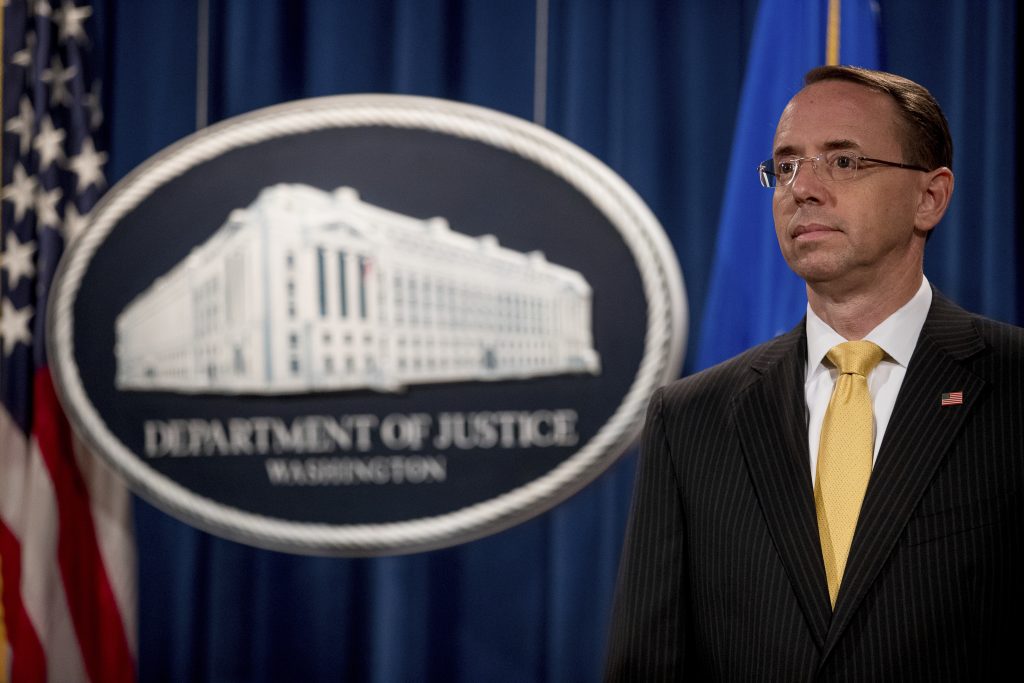 A Justice Department official says prosecutors don’t intend to go after reporters for doing their jobs but could try more forcefully to get them to reveal their sources.

Deputy Attorney General Rod Rosenstein spoke to Fox News after officials pledged to clamp down on government leaks they believe undermine American security. Rosenstein said: “We’re after the leaker, not the journalist. We’re after people who are committing crimes.”

But he left open the possibility that reporters could be investigated for breaking other, unspecified laws.

Rosenstein declined to comment Friday when asked whether prosecutors would seek to jail journalists.

He reiterated Sunday that officials are reviewing guidelines that make it difficult for prosecutors to subpoena journalists about their sources. He says some of the “procedural hurdles” may be delaying leak investigations.