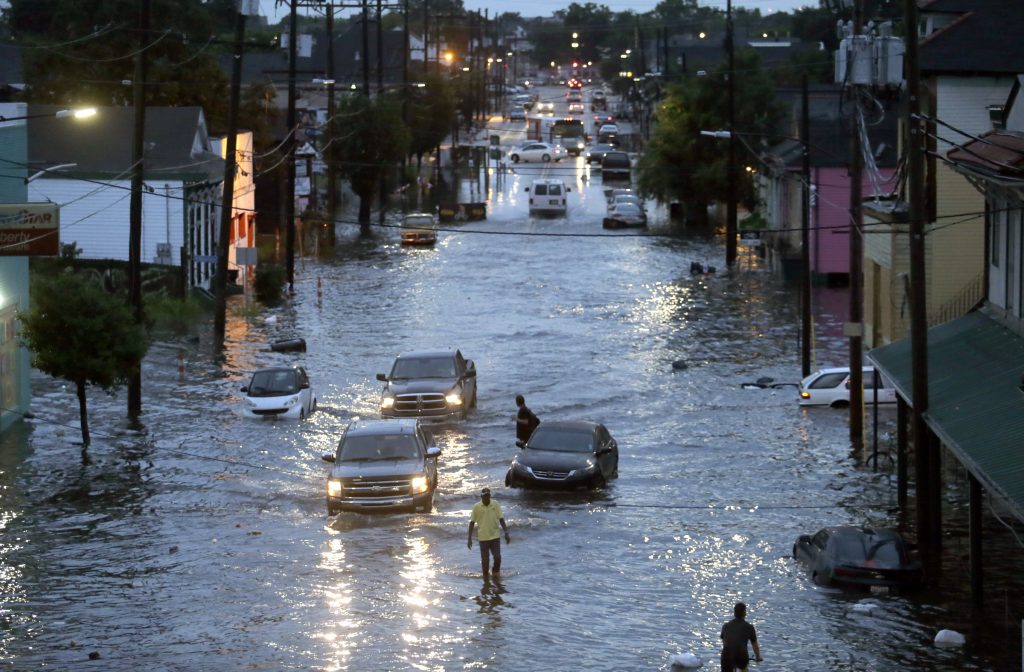 Heavy weekend rainfall in New Orleans overwhelmed the municipal pump stations, leaving parts of the community flooded, and some officials say they’re not satisfied with the city’s response.

“Are our city pumps working as they should?” Councilman Jason Williams said, according to local news reports. “If we can’t handle a bad storm, then what will we do when there’s a hurricane?”

Williams said the council will meet Tuesday to seek answers.

Some neighborhoods saw between 8 and 10 inches of rain over a few hours Saturday. City officials said that was too much for the Sewerage & Water Board’s 24 pump stations to cope with even though all were operating.

Some cars got stuck, with water covering their wheels, and people slogged through water that was knee-deep and even hip-deep in some places. There were also reports of businesses and homes getting water damage.

The Sewerage and Water Board has maintained that they are.

“There is no drainage system in the world that can handle that immediately,” the Sewerage & Water Board’s Executive Director Cedric Grant said, according to WWL-TV. “I continue to tell the people what this system can do. It’s pretty amazing in that it can do one inch of rain in the first hour and a half an inch of rain every hour after that. We are dealing with 8 to 10 inches of rain in three hours. It is not going to be able to pump that in an hour.”

NOLA.com reports that some candidates for city offices have already raised the city’s flood response as a campaign issue.

Deputy Mayor Ryan Berni told reporters that the city has no immediate plans to request an emergency declaration from the state, but that could change as the city collects more information on flood damage.