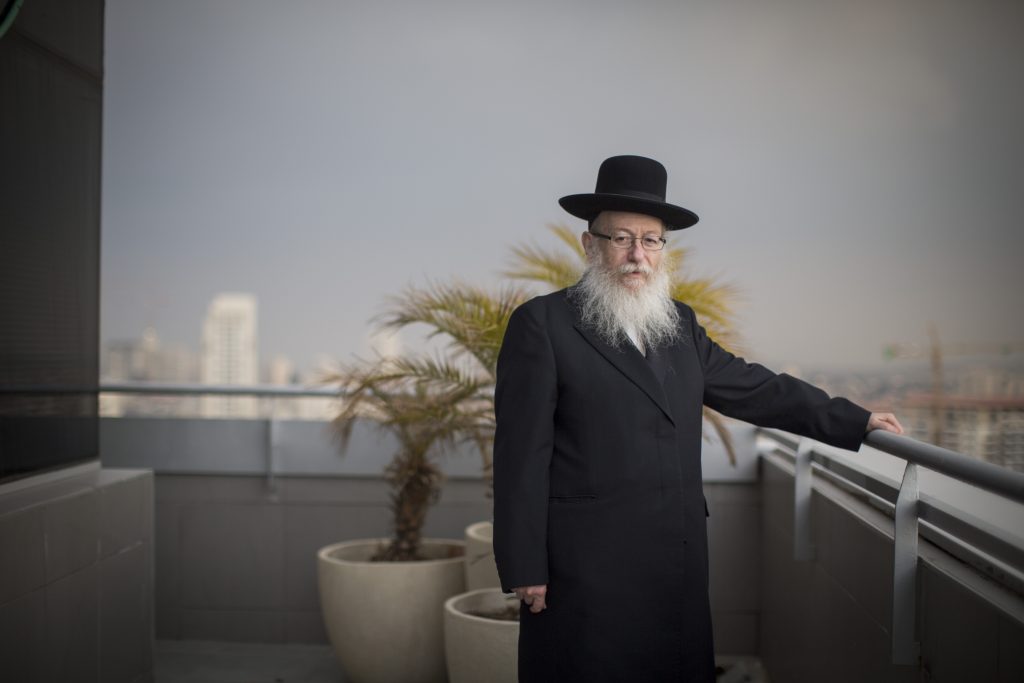 Whatever happens to Prime Minister Binyamin Netanyahu, Yair Lapid can forget about getting chareidi support for a government he hopes to take over, Health Minister Rabbi Yaakov Litzman said in a weekend interview. “Before Lapid learns a page of Gemara, he needs to learn some derech eretz,” Minister Rabbi Litzman told Yisrael Hayom. “He needs to understand that the religious public will not be his victims. There can be no forgiveness for what he did, ever.”

Last week, Lapid said that he was willing to let bygones be bygones. “The time has come for us to learn together with the chareidim,” Lapid told Channel Ten, adding that he was “shocked” that his own son had not learned a page of Gemara until he was 12 years old. Minister Rabbi Litzman said in response that if Lapid had said that 10 years ago, things might be different today. “But his actions have not reflected that attitude,” he said, referring to Lapid’s constant hectoring of the chareidi public, and his key role in forcing yeshivah students to serve in the IDF.

Minister Rabbi Litzman believes that the coalition will survive, despite the troubles Netanyahu is facing in the criminal investigations against him. “This is the most unified government Israel has had in years. It’s true that we have some differences here and there, but most of them are very minor. The parties in this coalition actually have very similar points of view, and I expect the next elections will take place on time in 2019, perhaps a few months before their scheduled date, since calling for early elections seems to be in style these days. Right now no one in the coalition wants elections, not Naftali Bennett, not Moshe Kahlon, not Shas, not Avigdor Liberman and not Netanyahu.”

The investigations against the prime minister do not bother him either. “We don’t discuss the matter in coalition meetings or Cabinet meetings. Right now, we in United Torah Judaism are satisfied, and we are not seeking any alternatives. When the next elections come we’ll decide on what comes next.”