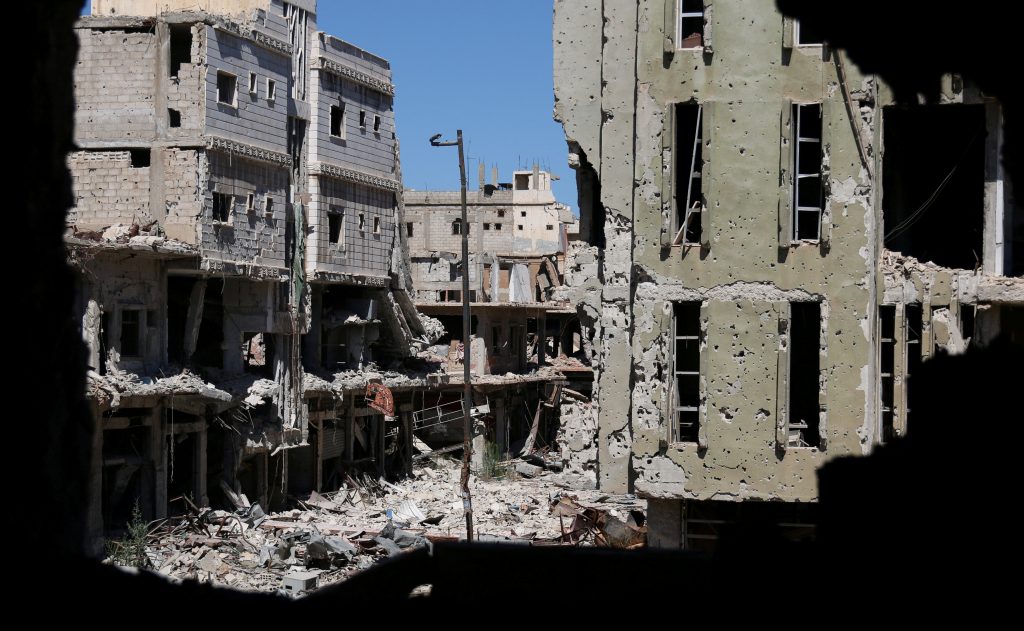 Former war-crimes prosecutor Carla Del Ponte says she is resigning from the U.N.’s independent Commission of Inquiry on Syria, decrying Security Council inaction to hold criminals accountable in the war-battered country where “everyone is bad.”

In comments published Sunday by the Swiss magazine Blick, Del Ponte expressed frustration about the commission and criticized President Bashar Assad’s government, the Syrian opposition and the international community overall.

“We have had absolutely no success,” she told Blick on Sunday. “For five years we’ve been running up against walls.”

Del Ponte, who gained fame as the prosecutor for the international war-crimes tribunals that investigated atrocities in Rwanda and Yugoslavia, has repeatedly decried the Security Council’s refusal to appoint a similar court for Syria’s 6½-year-old civil war. Permanent member Russia, which can veto council actions, is a key backer of Assad’s government.

“I give up. The states in the Security Council don’t want justice,” Del Ponte said, adding that she planned to take part in the last meeting in September. “I can’t any longer be part of this commission, which simply doesn’t do anything.”

Appointed in September 2012, Del Ponte was quoted by Blick as saying that she now thinks she was put into the role “as an alibi.”

“I’ve written my letter of resignation already and will post it in the coming days,” she said.

In her comments to Blick, Del Ponte described Syria as a land without a future.

“Believe me, the terrible crimes committed in Syria I neither saw in Rwanda nor ex-Yugoslavia,” she said. “We thought the international community had learned from Rwanda. But no, it learned nothing.”

At first in Syria, “the opposition (members) were the good ones; the government were the bad ones,” she was quoted as saying.

But after six years, Del Ponte concluded: “In Syria, everyone is bad. The Assad government is committing terrible crimes against humanity and using chemical weapons. And the opposition, that is made up only of extremists and terrorists anymore.”

The commission issued a statement saying that it was aware since mid-June of Del Ponte’s plans to leave and insisted that its work “must continue” to help bring perpetrators in Syria to justice.

The commission was set up in August 2011 by the Human Rights Council to investigate crimes in Syria, no matter who committed them. Since then, it has compiled thousands of interviews and keeps a list of suspected war criminals under lock and key at the offices of the U.N. High Commissioner for Human Rights in Geneva.

But Del Ponte said that as long as the Security Council didn’t put in place a special tribunal for war crimes in Syria, all commission reports were pointless.

In recent months, the issue of accountability for war crimes in Syria has largely taken a back seat to diplomatic efforts to end the war.

The commission’s relevance has also come into question after the U.N. General Assembly, acting in the face of the Security Council inaction, voted in December to set up an investigative body to help document and prepare legal cases to possibly prosecute the most serious violations in Syria’s war, which is estimated to have left at least 400,000 dead.