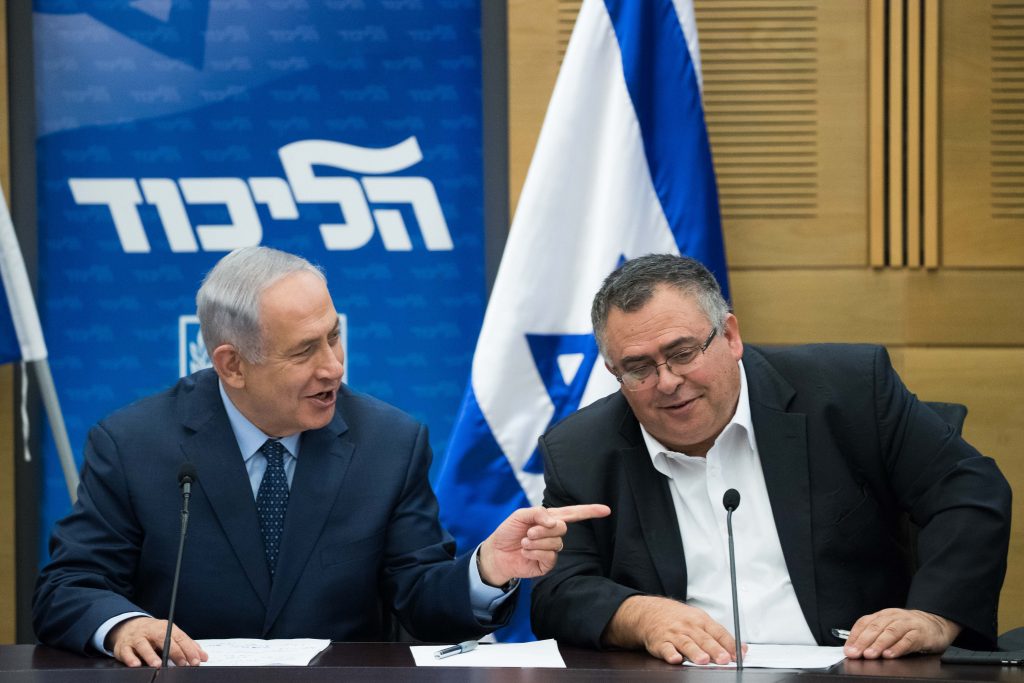 Most Likud MKs and ministers seem to prefer silence over support for Prime Minister Binyamin Netanyahu in the wake of the media-bashing he has been subject to in recent weeks — and especially in recent days, according to Likud whip MK David Bitan. And when the alleged scandals Netanyahu is being implicated in blow over — as they surely will — those MKs and ministers “are going to pay,” Bitan said on Kol Baramah in an interview Sunday.

“There are ministers who are interested in nothing other than booting Netanyahu out of office and taking his place,” Bitan accused, without naming any specific individuals. “If they can’t defend us, they need to step down.”

Bitan made the comments in the wake of the signing of a deal to turn state’s evidence by Netanyahu’s former Chief of Staff Ari Harow. Harow is expected to give testimony in the coming days on one or both of two investigations by police against Netanyahu: Case 1000, in which Netanyahu was accused of accepting extravagant gifts from millionaire Arnon Milchin, and Case 2000, in which the prime minister allegedly leaned on the publishers of Yisrael Hayom to limit distribution of their free newspaper in order to benefit from better coverage in rival newspaper Yediot Acharonot. The signing of such a deal is usually an indication that solid testimony is being offered, and reports over the weekend said that Harow would provide police with evidence of influence peddling by Netanyahu.

On Motzoei Shabbos, several Likud MKs and ministers, including Bitan, appeared at a rally supporting Netanyahu outside the home of State Attorney Avichai Mandelblit, who is leading the investigation of Netanyahu. The pro-Netanyahu rally was matched by one sponsored by opponents of the prime minister, demanding that he resign. Speaking at the rally, Bitan said that “the media is trying to brainwash the public. I am calling on party officials to start defending the Likud — otherwise, the public will make their true feelings about you known in the primaries. I am informing you now that Netanyahu will be here for a long time to come.”

Bitan was joined by several party officials, including MKs Amir Ohana and Ayoub Kara. But speaking Sunday, Bitan expressed disappointment in ministers and MKs who had not raised their voices in defense of the prime minister, including ministers Gilad Erdan, Ze’ev Elkin, Yariv Levin and others. “The ministers who are not supporting Netanyahu publicly should be ashamed of themselves. If they can’t defend him, they have no place in the government,” he added.